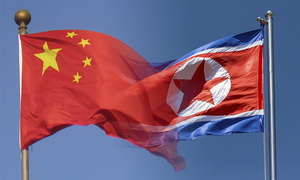 The attention of European analysts who keep a close watch at China’s activity, was drawn to China’s leader Xi Jinping’s unexpected visit to North Korea.

And it’s not accidentally, because Europeans are alarmed by its aggressive policy of gradual capturing key infrastructure of European countries. In particular, the Strategic Initiative “One Belt, One Road” provides for the creation of appropriate conditions for the promotion of Chinese interests, namely, its capital, people, technology in one and only direction — from China to the West. And the fate of the infrastructure of other countries that fall into the sight of China is doomed: they are captured by lending, on, to put it mildly, unacceptable conditions. Since they just seem attractive, but in fact are dangerous for the borrowing countries. Because China will soon lay its hands on objects that are defined as mortgaged property.