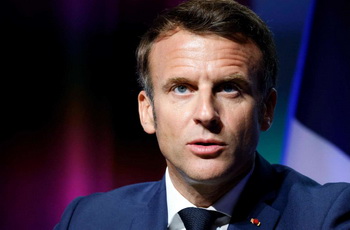 In an opinion piece in “Le Monde,” the Ukrainian political scientist underlines the ambivalence of the French position since the beginning of the war in her country. She lists four proposals to allow Kyiv to get closer to Paris.

The war against Ukraine unleashed by Russia on February 24 took French policymakers by surprise. France did not believe that the Kremlin would launch such a conflict. From the French point of view, Moscow was using threats to organize talks on strategic issues. The attitude of French leaders before the war and the views of experts on the conflict can be explained to a large extent by the profound ignorance in France of Ukraine. Few French experts in international relations and specialists in the country are fluent in Ukrainian.

On the eve of the offensive, the Ukrainian military wondered why France chose not to provide military aid to their country, while at the same time the United States, Great Britain and Poland were already providing it. Since the beginning of the conflict, France’s position has baffled the Ukrainians.

On February 24, Paris condemned the Russian aggression against Ukraine. In his statement, President Emmanuel Macron emphasized Russian President Vladimir Putin’s responsibility for unleashing the invasion, affirmed that he stood with Ukraine and praised the courage of the Ukrainian people. However, the regular phone calls between Mr. Macron and Mr. Putin reflect his willingness to maintain a space of cooperation with Russia, which is contrary to the NATO goal of isolating the Kremlin. Moreover, the dialogue sustained by Mr. Macron has not yielded any positive results. 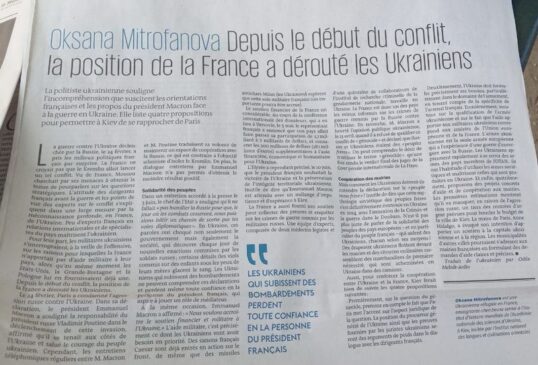 In an interview with the press on June 3, the head of state stressed that steps must be taken to “avoid humiliating Russia so that the day the fighting stops, we can find a way out through diplomatic channels.” In Ukraine, these words have shocked not only the government but also the society, which discovers every day new abuses committed by Russian soldiers. Some details of rapes committed on children in front of their mothers’ eyes are bloodcurdling. The Ukrainians who are being bombed cannot understand these statements and are even losing all confidence in the French president, who aspires to play the role of mediator.

On the same occasion, Mr. Macron said, “We want to increase financial and military support to Ukraine.” Military aid is precisely what the Ukrainians will need first. French Caesar guns have already gone into action on the front, as well as Milan anti-tank missiles. (The Ukrainians hope that this very important French military aid can be increased.)

France’s financial support is considerable. During the international donor conference in Warsaw on May 5, the French representative announced that his country would increase its participation from 1.7 billion to 2 billion dollars and devote the additional 300 million dollars to financial, economic and humanitarian aid for Ukraine…