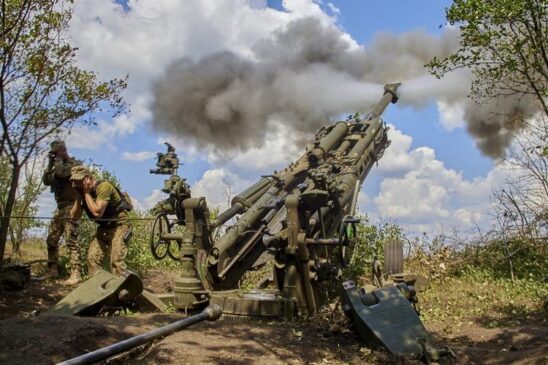 Russia understands that it has lost the initiative on the battlefield in Ukraine. In the Donbas, the Russian invaders are held back by the Armed Forces of Ukraine, in the south, the Ukrainian defenders have already gone on the offensive. In order to intimidate Ukrainians, the Kremlin has increased missile strikes on cities. But Moscow is no longer able to collect additional reserves. Military analyst Ivan Sichen said this in a comment to Gazeta.ua.

“We have turned the tide of the war. We are restraining the enemy in the Donbas. We are going on the offensive in the direction of Kherson, in some places in Zaporizhzhia region. The enemy does not have the strength to advance and has no operational reserves. Now we are already advancing — we have seized the initiative. Russia has to redeploy reserves from the occupied regions, the same Kharkiv, Donetsk, and Luhansk regions. They are trying to form reserves — to call up Russians in the army. But they do not have enough reserves. There is nowhere to recruit personnel. Even in depressed regions, they no longer want to join the army. The killed are numerous, the wounded are not paid money, they are not admitted to hospitals. The disintegration of their army has begun”, says Sichen.

The situation in the Donbas is difficult, but the Russians are forced to withdraw their troops from there. Because they can’t do anything, they start bombing Ukrainian cities with missiles, adds the analyst.

“A week ago there was a missile strike in Vyshgorod district (Kyiv region). But the missiles fell in the forest. Russia is trying to intimidate us, destroy our infrastructure. But their high-precision weapons hit the forest — that’s how they spend several million dollars. Those missiles didn’t harm anything important. Several ammo cartridge boxes were destroyed”, says Sichen.

Russia realizes that it has lost the initiative, the analyst clarifies.

“We are really advancing in Kherson region. We succeed. That is why Russia is redeploying its troops there. We have new weapons. The Armed Forces of Ukraine continue to prepare new units that will go to the front. We managed to stop the enemy in the Donbas and are going on the offensive in the south of Ukraine. We will liberate Kherson region, because we already have the weapons. Weapons that allow us to fight against Russia”, Sichen explains.