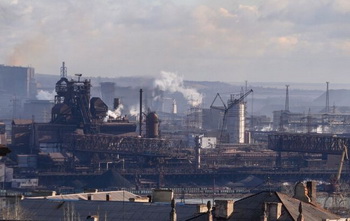 For Russia, capturing Azovstal is a fundamental task because of the significant damage inflicted on the occupying forces by the Ukrainian military. If they agree to release the defenders of the plant, they could repeat the Ilovaysk tragedy. This was stated in a comment to Gazeta.ua by military expert Ivan Sichen.

“It is currently impossible to liberate Mariupol by military means. Because it would involve a large number of additional victims. To send troops from some other directions would mean to weaken them. Fighters in Mariupol bind a large part of Russian troops. So far it is impossible. Now there is such an objective necessity. We can hope for a political-diplomatic method”,  Sichen said.

For Russia, it is now a matter of the principle – to capture Azovstal, the expert said.

“Because the Ukrainian fighters have done so much damage to Russia that Russians will not forgive them. We offered to take the defenders of Azovstal in exchange for all Russian prisoners of war. But the Russians did not agree”, Sichen added.

Even if the Kremlin agrees to evacuate Azovstal’s defenders, Ilovaisk may be repeated, the expert explains.

“In 2014, they also promised corridors for our troops. And then they began to fire at our retreating troops. Now everyone already knows that it is impossible to agree on anything with Russia”, Sichen added.

Mariupol is of great importance, the expert explains.

“Our military there bind Russia’s forces and do not allow them to be transferred to other directions. In about a month we will form new units, we will be able to arm them with Western weapons, then we will be able to change the situation. This is how Mariupol can be liberated”, says Sichen.