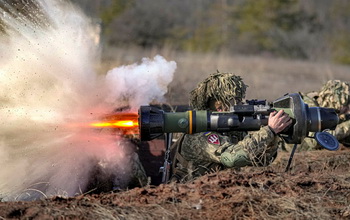 Ukraine’s Armed Forces in Kherson region are already conducting counterattacks to push back Russian troops. A full-fledged counter-offensive will be possible after the supply of weapons by land-lease — sometime in late August 2022. Heavy weapons are also needed in the Donbas — to slow down Russia’s advance. This was stated in a comment to Gazeta.ua by military expert Ivan Sichen.

“We have a dynamic balance of the warring parties. Russia continues its offensive, but at a much slower pace than a month ago. They entered Sievierodonetsk, but could not capture it. Because there are not enough forces to fight in industrial neighborhoods. A similar situation was in Mariupol, but it was impossible to provide ammunition and evacuate the wounded from there. And Sievierodonetsk is not encircled. There is a way to get everything needed from Lysychansk”, says Sichen.

The “Azot” plant, which is controlled by our troops, occupies up to 40 percent of the city, the expert explains.

“It’s like a fortress. A place where you can defend yourself well and which is hard to capture. It is not easy to destroy with artillery and bombs. The occupiers have virtually no success and suffer losses. Therefore, they turn to tactics of total destruction by artillery fire, and then try to capture the ruins. We need Western weapons. Because Russia has the advantage, and the heavy artillery  that is supplied to us from the West is shooting further and using high-precision ammunition. This allows the destruction of Russian artillery. Thanks to these weapons, we have not allowed the enemy to move forward at a rapid pace — due to the quality of technology, not quantity. We need more such weapons”, said Sichen.

The Armed Forces of Ukraine could liberate Kherson and the region, but there are some problems, the expert says.

“Our main forces are in the Donbas. In the Kherson direction, we have two tasks: to prevent the resumption of the offensive on Mykolaiv and Kryvyi Rih and to push back the Russian troops. Russia is destroying our cities, but we cannot do the same, because our people are there. Although, we will probably have to do this. That is why people are urged to leave these areas. When we have a normal supply of weapons, we will be able to liberate the South and take from the Russians the bridgehead to attack the right bank of Ukraine”, Sichen adds.

The lend-lease has not started yet, but it will help to begin a counter-offensive, the expert emphasizes.

“Certain bureaucratic problems need to be resolved. The United States does not have enough weapons to supply us with many at once. Some of then must be manufactured. But this process has already begun, although it is not fast. Heavy weapons under the lend-lease program will be delivered by the end of August 2022. Then we can expect offensive actions on our part without great casualties. In particular, it will be best seen in the South because of the convenient geography — the open steppe”, adds Sichen.

If the right-bank Kherson region is liberated, it will completely change the situation in the South, says the expert.

“In the western direction from Mykolaiv there is an offensive. There is also one from the north towards Kherson. We almost managed to reach Chornobaivka. This is almost the way to Kherson. Another counteroffensive is along the Dnieper to the south to clear the north of Kherson region”, says Sichen.