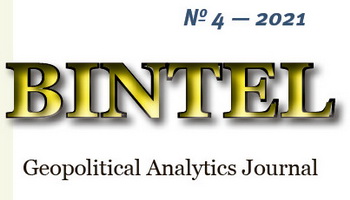 The Latest Issue of “BINTEL” Journal for 2021 Has Been Published 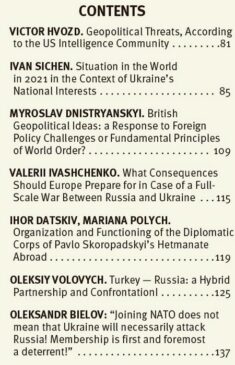 The “BINTEL” Geopolitical Analytics Journal published in late 2021, traditionally contains materials about events that in one way or another relate to the present of Ukraine, its historical heritage, some problems of our society. There are also articles on international issues, including the one that opens this journal’s issue  “Geopolitical Threats, According to the US Intelligence Community”. 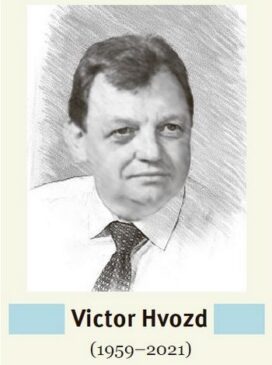 It is one of Victor Hvozd’s last works. Earlier in 2021, a few months before his tragic death, he pointed out that “the effectiveness of the US President’s political activity largely depends on the assessments of the American intelligence services. This can be evidenced by some achievements in the restoration of a clear and predictable US policy during a few-months-long stay in the White House of J. Biden. This is also confirmed by some intelligence assessments published in the United States since the beginning of this year”, and in his conclusions referred to the report of the US National Intelligence (March 2021), and the report of the US Defense Intelligence Agency (April 2021). As V. Hvozd wrote at the time, threats to the national interests and security of the United States of America are related to the effects of epidemics and climate changes, increase in nuclear arsenals in the world and uncontrolled proliferation of other weapons of mass destruction, including chemical and biological ones, terrorism, new technologies that extends the spheres of military struggle to the information, cyber and space domains. In response, the US intelligence services do not give open recommendations on specific steps for the country’s leadership to counter these threats. At the same time, the recommendations of the intelligence services are obviously taken into consideration by US President J. Biden and his administration. Evidence of this is the main directions of Washington’s foreign policy. In his article, V. Hvozd states that “the actions of the President of the United States and his administration are fully in line with American interests, which testifies to the importance of intelligence services for the process of government decision-making”. Therefore, we believe that this material will only confirm the correctness of the decision of the Ukrainian authorities to thoroughly reform the special structures responsible for state security. 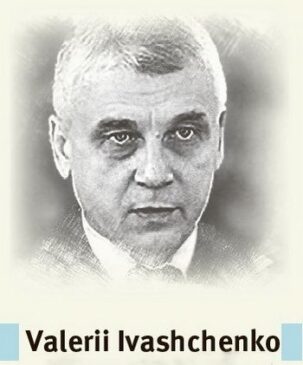 Under the heading “GEOPOLITICS AND NATIONAL SECURITY” on the pages of the journal is published an article by Valerii Ivashchenko  “What Consequences Should Europe Prepare for in Case of a Full-Scale War Between Russia and Ukraine”.  Since the author once held the position of First Deputy Minister of Defense of Ukraine, it is clear that he knows what’s what in this, and analyzing the relevant facts, he cannot be wrong in his conclusions or sharpen them too much. The article deals with probable industrial and ecological consequences of hostilities and terrorist attacks on the territory of Ukraine, which can cause irreparable damage not only to the local population, but also to the Ukrainian society as a whole. Intentional industrial accidents are one of the newest military mechanisms for creating the so-called security zone, a tool for psychological influence on the population, intimidation and demoralization, as well as accusing the enemy of industrial accidents, which in turn is an information and psychological component of the hybrid warfare. The amount of economic damage from environmental disasters caused by industrial accidents during hostilities is often difficult to calculate, the author points out, while believing that in most cases, it is cheaper and technologically easier to rebuild a settlement or enterprise in a new place than to rehabilitate an area affected by an industrial accident caused by hostilities. And such industrial facilities as mines, quarries, dams, canals, in most cases, are not subject to restoration at all. Do those who seek to keep power in the so-called ORDLO territories realize this?

By the way, the author has repeatedly raised this important question, in particular, on the website of “Borysfen Intel”, citing convincing facts, providing conclusions of reputable experts who know about our industrial and ecological threats. It is enough to quote one sentence from such texts to understand what we really need to worry about today: “The environmental consequences of more than 7 years of war waged by Putin’s Russia in the Donbas can be compared without exaggeration to the consequences of the Chernobyl disaster or the possible use of weapons of mass destruction. That is, the environmental consequences of industrial accidents caused by hostilities are significantly greater than the losses due to the direct use of weapons”. 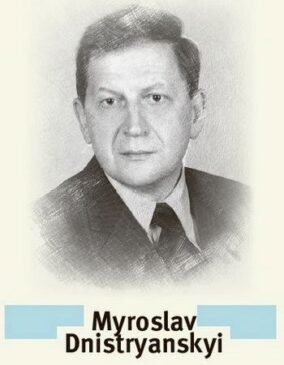 Under the heading “SCHOOL OF GEOPOLITICS”, author Myroslav Dnistryanskyi continues to acquaint readers with geopolitical ideas put forward in different years by famous scientists. This time, in the title of his article, the author specifically asks the question —  “British Geopolitical Ideas: a Response to Foreign Policy Challenges or Fundamental Principles of World Order?”  and answers it by presenting views on the geopolitics of such English scientists as Henry Thomas Buckle, Philip Howard Colomb, Halford John Mackinder, George Nathaniel Curzon, Robert William Seton-Watson, Peter James Taylor. All of them tried to explain the place of a state in the modern world order, its functions, the basis of its existence and the conditions of territorial and political stability, as well as the reasons that prompted a country like Great Britain to markedly change its geopolitical position, following the withdrawal from the European Union after the 2016 referendum (the so-called Brexit). In particular, the author believes that “this event has contradictory consequences, weakening, on the one hand, the West as a whole (that is why Brexit was supported by Russia in every possible way), but on the other hand — the United Kingdom managed to intensify its foreign policy and become a separate geopolitical leader of the West. Such policy is of great demand, given the significant weakening of the geopolitical positions of France, Germany, Japan, and to some extent the United States”. 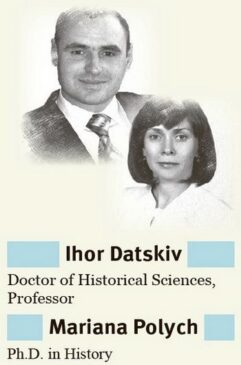 Under the heading “HISTORY OF UKRAINIAN GEOPOLITICS”, our well-known scholars Ihor Datskiv and Mariana Polych offer to get acquainted with their work  “Organization and Functioning of the Diplomatic Corps of Pavlo Skoropadskyi’s Hetmanate Abroad”.  It should be reminded that this is not the first time they have told about the events of that time. Several previous issues of “BINTEL” told about how representatives of the Ukrainian state in the early twentieth century established diplomatic missions and maintained ties with governments of the West and the Middle East. And if those historical events are now subject to teaching at universities, the very work of the authors of the proposed article only expands the range of such information, allowing, among other things, to realize what we have to observe today in international relations. As well as to explain the events related to the international policy of our neighbor — Turkey, which is clearly positive about Ukraine and supports it in the confrontation with Russia. 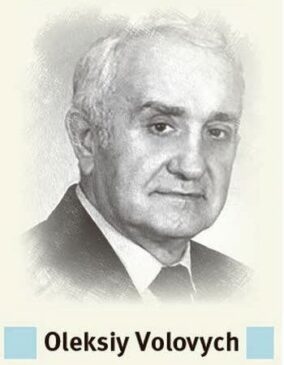 Oleksiy Volovych‘s article  “Turkey — Russia: a Hybrid Partnership and Confrontation”  which is published in the journal under the heading “INTERNATIONAL POLICY”, is also devoted to this subject. This work summarizes the political steps taken recently by the Turkish leadership. And if to some they seem to be not quite consistent, their summarizing by the author shows the prematurity of such conclusions. In other words, on the example of relations with Russia, the Turkish leadership demonstrates how the interests of a country should be defended.

We usually invite, in our opinion, interesting people for the interviews so that they could answer our questions about current Ukrainian politics. Our regular readers were able to see this when they read such interviews under the heading “VISITING BINTEL”. 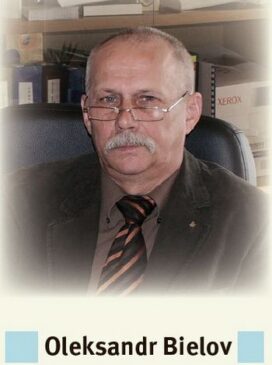 This time we have somewhat diversified this tradition, although it is only about the heading, not about our “guest”. Why is this word in quotation marks? Because Oleksandr Bielov (it is he who agreed to have a conversation with us on a topical issue) practically since 2022 onwards, has become our colleague at the “Borysfen Intel” Independent Analytical Center for Geopolitical Studies. The material is usually shortened for our website, so it makes no sense to retell O. Bielov’s answers in detail. Suffice it to say that in his interview  “Joining NATO does not mean that Ukraine will necessarily attack Russia! Membership is first and foremost a deterrent!”  Oleksandr Fedorovych raises an extremely pressing topic, which is at the forefront of not only European but also world geopolitics. It seems that with the beginning of the new year, the Alliance’s role in the political arena will become more than just important. It could also be extraordinary, especially given the steps Russia can take in its efforts to stay in the cohort of world leaders. And this is no longer a hybrid confrontation, when Russia begins to rely on military power. Finally, O. Bielov uses examples from his considerable experience to tell what our state leadership has done during the previous thirty years to defend our independence, including how the activities of Ukrainian law security services have been modernized. 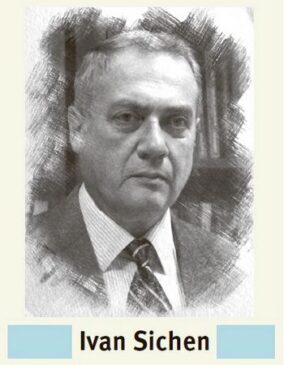 As for the material of another of our colleagues, military and political expert Ivan Sichen, we know very well that it will be read by almost everyone who is trying to navigate the events of 2021. Under the title  “Situation in the World in 2021 in the Context of Ukraine’s National Interests”,  the author consistently presents the events and facts he studied, summarizes the political activities of our government, points to the basis of its decisions, predicting the consequences and possible opposition of our adversaries and the level of support that the Allies give us. In this concluding article, the reader will also find interesting facts about the military formations that Russia is deploying near our eastern borders. After all, regardless of what our “reliable neighbor” states, we must remember that facts are a stubborn thing, and they should not be camouflaged by any pleasant words or “brotherly” hugs, reminding of the historical past and promises about the future. And should we sit down at the negotiating table again to see this once again?

Here is a list of titles of some sections of I. Sichen’s final article: “Russia’s Armed Aggression Against Ukraine. Actions of the Russian Federation and Ukraine’s Partners and Allies”, “The Main Events and Trends in the Development of the Situation Around Ukraine”, “Partners and Adversaries. The Main Aspects in the Activities of the World’s Leading States and International Organizations with Regard to the Interests of Ukraine”, “Forms, Directions and Peculiarities of Cooperation Between Ukraine and the USA, NATO and the EU”.

We believe that such a list is enough for the interested reader to not only turn the pages of the journal, but to carefully read the point of view of the author of this final article. Who knows, maybe after that you will have a desire to argue or, on the contrary, to support his position.

The journal is published in Ukrainian and English and is not duplicated on the website of the Independent Analytical Center for Geopolitical Studies “Borysfen Intel”.

You can buy a PDF copy of the journal on our website.