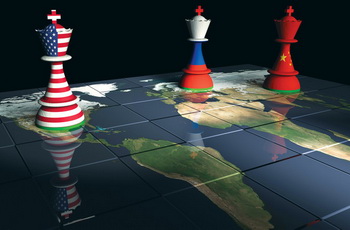 The US Armed Forces are developing new fighting concepts and planning to spend billions of dollars on what the Pentagon projects will be an era of intensified competition with China and Russia.

While the USA focused on the Middle East, China and Russia worked on systems to thwart the American military’s ability to assemble forces near their regions and command them in battle.

Even in peacetime, China’s and Russia’s new capabilities could become a means of political coercion, threatening America’s ability to defend allies and partners.

The Chinese and Russian advances led the Pentagon to conclude that the USA was entering a new age of the conflict of the great powers.

New US National Defense Strategy asserted that the long-term competition with China and Russia was the Pentagon’s top priorities.

Most sweeping transformation in decades will shift focus from fighting insurgents in Middle East to preparing for conflict in western Pacific.

While most of the effort to transform the US Marine Corps is focused on the Pacific, the Marines would retain other forces to respond to crises world-wide, including floating 2,200-strong Marine expeditionary units.