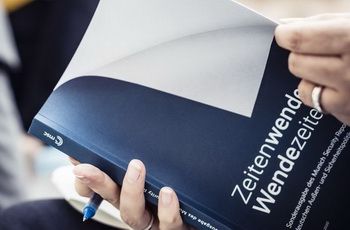 Can Germany Exert Significant Influence in the World?

Germany has a special influence on the formation of a common, coordinated policy of the European Union, which is strengthened by its presidency in the coming months in the Council of Europe. But crucial is the question whether Germany at all can exert significant influence in the world.

Germany’s foreign policy is changing, but the world around it is changing faster. Not only does German involvement in global processes not meet the expectations of NATO and its EU’s allies. It does not meet the requirements arising from the strategic environment either. With almost all pillars of foreign policy having already been destroyed, gradual corrections and adjustments to the conditions can no longer change the situation for better.

Today, Germany is facing a need to take a fateful decision: either it works resolutely to strengthen Europe, and thus effectively defends German and European interests. Or Germany refuses to implement change, leaves everything as it is and is forced to prepare for the fact that the EU and Europe are mutating into a kind of appendage of Eurasia, where other states rule.