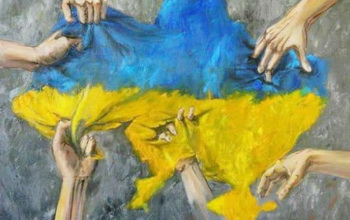 There is a time to cast away stones, and a time to gather stones together

These holidays, I decided to share some thoughts with you.

I am often asked why on my Facebook and Telegram on geopolitics there are so few subscribers, while scandals and rumors platforms that spread discord and schism in our society, there are thousands and thousands of subscribers. In the USA, Russia, Great Britain, China, India and even our neighbors — Poland, Romania, Hungary, there are many platforms where the issues of geopolitics and foreign policy are discussed lively in the society, claims are made to some territories or their territories are defended. Why don’t we do so?

I also agree with what I saw during my travels to some countries — from China to the United States — the elites appear, get educated, grow up, and then the passionate part of the society is replaced by its locomotive, avant-garde. And this is the case of more than one generation. We need to realize this.

So, I end with where I started, that is, I answer the question why we are not read a lot. Because the topic is complicated, not everyone can “digest” it, it may not coincide with a reader’s internal beliefs and attitudes (and this is natural).

But, nevertheless, I am grateful to the two hundred “Spartans” who do endure me on Telegram and to a bit more readers on Facebook.

Share these resources with your friends and associates. And don’t forget that only together we can win. And not by bread alone!

Happy Easter to those who have already celebrated and those who are going to celebrate!