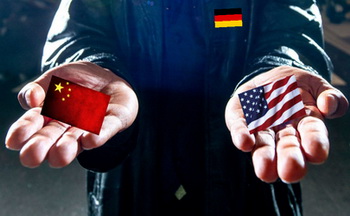 The integration of today’s Germany into China’s economy is so serious that no other European country can match it in this sense. Of course, this is due to significant economic benefits. However, German Chancellor Angela Merkel’s policy toward China at the time of the pandemic and conflict with the United States is becoming risky. Germany is the weakest and least influential in the Washington — Berlin — Beijing triangle.

Germany’s Federal Foreign Minister Heiko Maas said that Germany intends to take over the role of mediator between the United States and China and expressed a regret that there is still no EU strategy for relations with China. At this, during its presidency of the EU Council, Germany will have to, while caring for its interests, simultaneously defend the interests of the European Union.