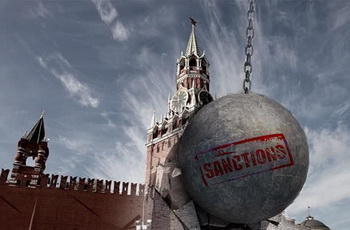 Russia’s growing military activity in the Ukrainian direction remains one of the central aspects of influencing both the development of the situation around Ukraine and the nature of relations between the West and Russia. For example, after two rounds of US-Russian talks in January 2022 Moscow has not reduced the scale of its military activity near our country. At this, all statements about the return of Russian troops to their permanent locations are only a cover for their rotation at the training grounds. However, what does it cost Russia itself? This is what we would like to dwell on in more detail. Especially given the consequences of Russia’s new “gas war” against Europe, which began last summer.

As you know, the United States has prepared 18 options to respond in case of Russia’s new attack on Ukraine. In particular, they include: increasing the US military presence in Central and Southeastern Europe and the Baltics; increasing the volume of military-technical assistance to Ukraine; toughening sanctions against Russia (including against V. Putin and his environment; as well as the Russian energy and financial sectors). In early February 2022 the US Senate plans to begin consideration of the above-mentioned sanctions against Russia. The relevant bill was jointly developed by representatives of the Democratic and Republican parties of the United States.

In general, the USA’s position is supported by NATO and the EU (except for the somewhat restrained position of some European countries, which do not want excessive aggravation of relations with Russia). According to official statements by the United States, NATO and the EU, these measures will be taken immediately after Russia crosses the Ukrainian border, which will be considered an act of aggression against Ukraine. However, some of them are already being implemented in practice.

For example, the United States and NATO have launched large-scale naval exercise Neptune Strike 2022 in the Mediterranean, which is openly positioned as a response to Russia’s increasing military threats to their allies and partners. The exercise involves a US Navy carrier strike group led by the aircraft carrier USS Harry S. Truman, as well as several warships from other NATO member states. They are rehearsing long range strikes on warships and coastal objects of a conventional enemy, which is obviously considered to be Russia.

Along with this, in March 2022 NATO’s Cold Response 2022 joint exercise is planned in the Arctic with the participation of 28 Allies. The training areas will include northern Norway, the Norwegian Sea and the Arctic Ocean beyond the Arctic Circle. In total, the exercise will involve two carrier strike groups from the US and British navies, aviation and armored vehicles. In total — 35 thousand soldiers and officers. Such exercises are held every two years, however, this year will be special. The main purpose of the exercise is to prepare the US/NATO for possible hostilities in the Arctic in the context of Russia’s growing military presence in the region (including around the Norwegian island of Svalbard). 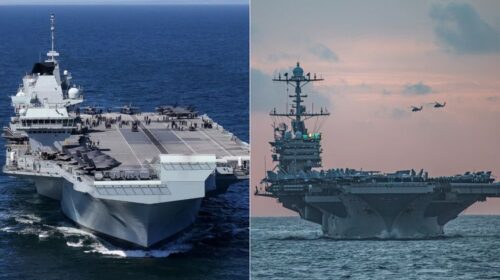 Besides, the United States has decided on the possibility of additional transfer to Allies in Europe of about 8.5 thousand US troops. In case of further aggravation of the situation, their number can be increased tenfold. Thus, NATO’s Response Force with a total number of about 40,000 servicemen has already been put on high alert.

It is also worth noting the actions of individual NATO member states to show support for their partners, who are at the forefront of the confrontation with Russia. In particular, Denmark sent a frigate to the Baltic Sea and four F-16 fighter jets to Lithuania. Spain has sent warships to reinforce NATO naval forces in the Black Sea and is preparing to send fighters jets to Bulgaria. France has expressed its readiness to send troops to Romania under NATO command. The Netherlands is sending two F-35 fighter jets to Bulgaria, as well as is increasing the combat readiness of its army and navy.

The same applies to Ukraine, which is, in fact, already considered a military ally of the United States and NATO, despite not having official status. For example, in December 2021, US President J. Biden approved a decision to provide Ukraine with a new package of military aid in the amount of 200 million US dollars. This was the second package of additional support for Ukraine after providing it in August 2021 with weapons worth 60 million US dollars. The specific list of weapons provided by the United States to Ukraine is not disclosed. However, according to media reports, they include Javelin anti-tank missile launchers and missiles, sniper rifles, Browning M2 machine guns (12.7 mm caliber), and more than 800 M141 BDM (SMAW-D) single-shot grenade launchers, as well as ammunition. It was also decided to hand over to Ukraine five Mi-17 helicopters destined for Afghanistan.

As mentioned earlier, the Baltic states (with the permission of the United States) began deliveries to Ukraine of Javelins and MANPADS, the United Kingdom — NLAW anti-tank missiles, the Czech Republic — large-caliber artillery shells. Military equipment is also provided to Ukraine by Germany, which has previously categorically refused. In particular, it includes protective helmets and a field hospital.

All these are the first steps of Ukraine’s partners, but they are already creating significant problems for Russia. Thus, the actions of the United States and NATO in the military sphere are forcing Moscow to take adequate measures in the main areas of possible conflict between the parties, especially in the Black Sea, Baltic and Arctic regions. At the same time, Russia no longer has the necessary reserves for this, which are used against Ukraine and to curb the threat of Islamic extremism from Afghanistan. Evidence of this is the transfer of Russia’s troops to Belarus from the Far East, which is carried out under the pretext of conducting exercises. At this, it objectively weakens the Eastern Military District of the Russian Armed Forces, which is deployed against China and the United States/Japan in the Asia-Pacific region. At this, despite Beijing’s and Moscow’s declarations on building a strategic partnership between the parties, China retains territorial claims to Russia and may implement them in case of an armed conflict between Russia and the United States/NATO. This situation forces Russia to make further concessions to China, including in terms of giving it greater access to its natural resources, as well as simplifying the conditions of business and other activities of Chinese citizens in Russia. In turn, this accelerates China’s expansion in Russia’s Far East and Eastern Siberia and effectively makes it a satellite and a raw material appendage of China.

Even more critical for Russia are the processes unfolding in its economy. Especially as this is happening even without the US and EU imposing new sanctions on it. Just the announcement of such an opportunity led to the fall of the Russian stock market and the depreciation of the ruble. According to Forbes, only in January 2022 leading Russian oligarchs lost about 30 billion US dollars. The greatest losses were suffered by L. Michelson, who is part of Putin’s environment and is the owner of Novatek (the second-largest producer of natural gas in Russia) and Sibur (the largest petrochemical holding in Russia). Despite the sharp rise in world gas and oil prices, his wealth fell by 2.1 billion US dollars. Almost the same losses — 1.9 billion US dollars suffered also a member of the board of directors of these companies S. Timchenko.

And that’s not all.

Moscow’s attempts to put pressure on the European Union by restricting gas supplies to Europe have led to diametrically opposed results. The EU countries have begun to massively abandon Russian pipeline gas and switch to liquefied natural gas from the United States, Qatar and Australia. As a result, in January 2022 LNG supplies from the United States to Europe were five times higher than Russia’s Gazprom’s gas exports. At this, in January 2022 the total volume of Russian gas supplies to the EU has halved compared to January 2021. Moreover, European energy companies have not ruled out the possibility of completely abandoning gas imports from Russia.

To this can be added the image loss of Russian President V. Putin both within the country and in the world. In fact, he is already perceived at the level of such international outcasts as the leaders of North Korea and Iran. And the USA’s making public Putin and his family’s foreign accounts will damage the authority of the Russian leader even more than Navalny’s famous film about Putin’s palace on the Black Sea coast of the Caucasus did. Similarly, new sanctions against Putin’s environment, which is already beginning to show dissatisfaction with the Kremlin policies, will not help strengthen Putin’s position.

In general, there is an impression of deliberate large-scale US actions to weaken Russia by intercepting foreign investment, squeezing it out of the European energy market, and destabilizing Russia’s political system. The purpose of such US actions is to eliminate Russia as its main military adversary, as well as to strengthen its own economy at its expense. As a result, the only geopolitical opponent of the United States will remain China, which Washington considers its economic and geopolitical rival, but with great potential for cooperation. At this, it seems that the United States and China have already reached a mutual agreement on the division of spheres of influence in the world, including the post-Soviet space and the Russian Federation itself. Within this division, the United States has assumed responsibility for the security of Europe and the countries of the former Soviet Union of European and democratic choice. In return, the United States has apparently agreed to include Central Asia and eastern Russia in China’s sphere of influence.

Of course, this is a rather simplistic assessment, but it is confirmed by the practical actions of the United States and China. In particular, we have already written about the consequences of the US withdrawal from Afghanistan, which changed the balance of power in the region in favor of China. At the same time, the United States is negotiating with China to influence Russia’s policy toward Ukraine. Unfortunately, in this situation, all the world’s leading countries are once again realizing their interests at the expense of Ukraine. Moreover, it may indeed be the target of a new armed attack by Russia.