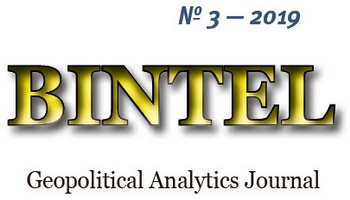 All the materials of this issue of the “BINTEL” journal are in one way or another related to the events happening in Ukraine and abroad, so they are relevant, and therefore may be of interest to our readers. For example, in early autumn in Poland, representatives of the leading countries marked the 80th anniversary of the beginning of World War II, where the President of Ukraine was invited. Oleksiy Volovych, in his article “The 80th Anniversary of the Outbreak of the Second World War: from the Past to the Present”, offers the readers his point of view on both, the war itself and its aftermath, as well as the role that Ukraine and the Ukrainians played in those distant years times. 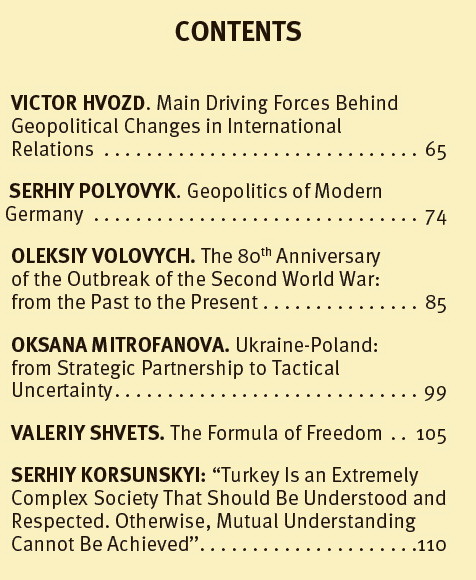 “On the eve of the 80th anniversary of the outbreak of World War II”, — writes the author at the beginning of his article, — “the scientific community and experts from many countries tried to re-examine the causes and prerequisites of its beginning. We will limit ourselves to the reasons for this universal tragedy as seen by state leaders and some researchers from the leading countries of the former anti-Hitler Coalition — France, Poland, the United Kingdom, the USSR, the USA and Canada. Although it should be recalled that at the time of the end of hostilities with Japan, 53 states were at war with the Axis powers. The main subject to our analysis is the Hitler and Stalin totalitarian regimes’ unleashing a predatory war against Poland as a result of their situational collusion — the conclusion of the so-called Molotov-Ribbentrop Pact (the Treaty of Non-Aggression between Germany and the Soviet Union). Authors of publications in the Russian media are trying to prove that J. Stalin was forced to negotiate with A. Hitler, and the occupation of Poland by Germany and the USSR was allegedly provoked by Warsaw’s policy of that time”.

But in reality, says O. Volovych, this is nothing else, but manipulating the facts by some scientists who are trying to, if not justify the criminal policies of former leaders of states such as the USSR or Germany, then at least to expand the circle of those responsible for the political miscalculations that provoked the large-scale massacre which killed many people, including Ukrainians. At the same time, the author compares those past events with today’s ones, that is, with the war waged by Russia in the East of Ukraine, having annexed Crimea before.

In general, the author in his work also raises an important question — subject to manipulations by the so-called opponents of Ukrainian independence, insisting that J. Stalin united the lands of Ukraine and created a Ukrainian state as part of the Soviet Union.

“While in the post of People’s Commissar for Nationalities in the first government of Soviet Russia, in early 1918, J. Stalin tried “to cut” the territory of Ukraine by creating the so-called Donetsk-Kryvyi Rih Republic. Despite the fact that ethnic Ukrainians accounted for the vast majority there — 95 %. So, V. Putin and his puppets from today’s so-called DPR and LPR were “taught” by J. Stalin…”, — O. Volovych writes in the article, supporting his thoughts with indisputable facts that will definitely interest the reader of the journal. And to draw the readers’ attention, here are some sub-titles to the article: “Why Wasn’t the West’s Coalition with the USSR Formed?”; “Stalin’s Preparation for Conspiracy with Hitler”; “The USSR’s Cooperation with Germany from September 1939 to June 1941”; “Hitler and Stalin’s War Against Poland in 1939”; “Had Stalin “Enlarged” Ukraine’s Territory?”; “Putin’s Propaganda on the Molotov-Ribbentrop Pact”; “Recurrence of Hitlerism and Stalinism in the 21st Century”.

Even an incomplete list is enough to imagine the validity of this journal article that we offer to our readers. Especially, as another article in this issue, “Ukraine-Poland: from Strategic Partnership to Tactical Uncertainty”, complements the previous one, touching on the events in bilateral relations observed today between the two neighboring countries. The author Oksana Mitrofanova is already known to the readers of “BINTEL”, for her analyses and conclusions on geopolitical events concerning Ukraine and Poland. Having become a member of NATO and the EU, Poland, does demonstrate to Ukraine the direction of further movement, but what happens in their geopolitical relations, as between European neighboring countries, what causes misunderstandings, and who seeks to gain from them — the answers to these questions are in this article. 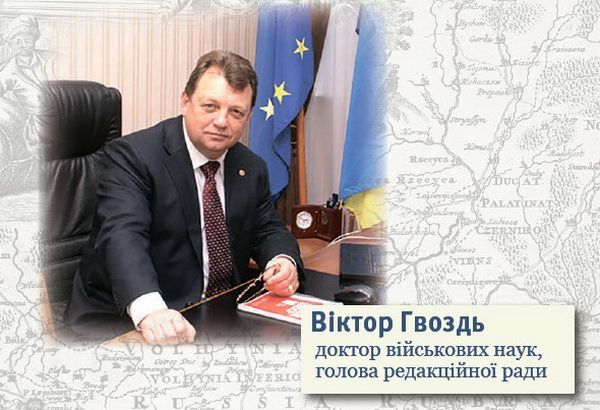 Like all the previous issues, this one begins with the article of Doctor of Military Sciences Victor Hvozd. This time, the President of the “Borysfen Intel” Center is addressing the topic of “energetics” of international relations. The article is entitled precisely — “Main Driving Forces Behind Geopolitical Changes in International Relations”.

“Today there are many philosophical concepts that define and interpret the driving forces of social development”, — writes V. Hvozd at the beginning of his article. “They date back to the time of ancient Greek philosophers, continued to be explored by Romans and Arabs, later they emerged during the Renaissance of Europe after the twilight of the Middle Ages, gained a whole new meaning within the framework of the industrial, scientific and technological revolutions in the 19th century. And now they are coming back to the fore due to changes in geopolitical situation in the world”. He then outlines a list of concepts, mentions the names of scientists-researchers, gives examples of their interpretations, analyzes goals, forms, methods of struggle between different countries in political, economic, informational, special or even military spheres.

V. Hvozd believes that as part of the formation of a new multipolar world, major global political contradictions are concentrated in the triangle of the USA-China-Russia relations. At the heart of such contradictions is the USA’s desire to retain its sole leadership in the world, while China and Russia are trying to take an equal place in it. In pursuit of such intentions, all parties seek to strengthen their positions and broaden their spheres of influence, which raises a wide range of other contradictions and problems at regional and local levels. In this regard, Ukraine is at the center of the struggle, and therefore — of political and even geopolitical disagreements between the West and Russia in building their spheres of influence. In fact, such a struggle was the reason for Russia’s armed aggression against Ukraine. V. Hvozd describes in detail the types of spheres in which the forces of confrontation are trying to counteract, lists the forms of such confrontation and possible directions. And again, he raises the question of the role of information influence on society in today’s confrontation, which is happening today on almost every continent.

In the latest issue of the journal there is a new column — “Geopolitics of European Countries” — in which we offer an article by political expert Serhiy Polyovyk “Basic Directions of Modern Germany’s Geopolitics”. At the beginning of the article, the author recounts the history of the factors that gave rise to certain ideas that justified Germany’s dominant role on the European continent, its right to aggression against other countries, which later led to the outbreak of World War II. The author mentions the founders of the German geopolitical school, the principles, time and features of its active development. And in the main part of his article he writes about new tasks and challenges that have embraced the post-bipolar world, the role in this of the Franco-German alliance the directions of European development, in which France acted as the political leader and Germany — as an economic power, as well as the factors influencing current geopolitics of Germany and its cooperation with other countries. The article analyzes the role and place of Ukraine in Germany’s geopolitical plans and the reasons for Germany’s special attention to events taking place in our country.

To understand the content of Doctor of Physical and Mathematical Sciences Valeriy Shvets‘ article “The Formula of Freedom”, one has to be at least a little mathematically trained. Because the author tells about the freedom of the individual in society and the laws of mathematics that can measure that freedom.

“Now we can measure not only geometric parameters of different specific objects, but also abstract objects such as information, or, more precisely, its amount in a message or in a combination of messages, its uncertainty. So far we could not measure other abstract characteristics such as freedom, authoritarianism, democracy, etc. However, an example of the theory of information encourages such attempts”, — at the beginning of his article the author prepares the reader for further presentation of mathematical formulas that “calculate” the important aspect of an individual’s social activity. Of course, we cannot tell in a couple of words about the methodology proposed by the author or just briefly retell it. Only a thorough reading of the article allows one to pay tribute to the author and agree with him at least in general, that he managed to do something extraordinary and useful, which transfers emotions into mathematical dimensions, where words are not needed as the truth is “digitized” or determined by numbers and formulas.

“The proposed approach to defining freedom of choice is universal. It can be practically applied in many separate spheres of the society’s life. I believe that this approach can be applied to assessing the freedom of society as a whole”, V. Shvets concludes his article, having pointed out in a few paragraphs that “…the results of the analyzed elections in Ukraine and Muscovy are radically different. I would say that they are polar. Such polarity of voting results is a clear evidence of the profound difference in the mentality of Ukrainians and Muscovites. They have never been one people, they are not one now and I hope they never will be”.

Whoever is going to object to the author should try to do it like he does — based on the numbers and the formula he deduces. The article details everything. 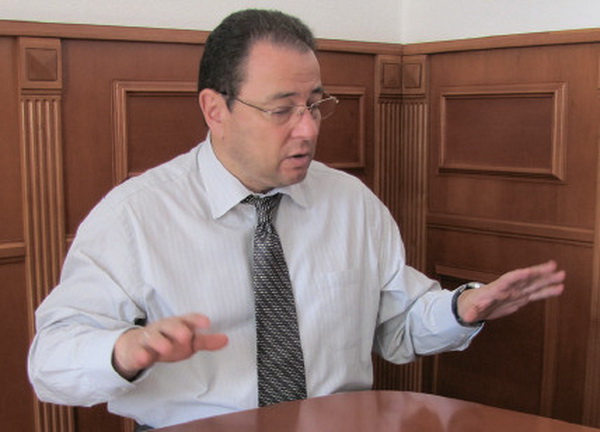 And at the end of the issue, under the heading of “Visiting BINTEL”, we published an interview with Director of the Hennadii Udovenko Diplomatic Academy at the Ministry of Foreign Affairs of Ukraine Serhiy Korsunskyi. “Turkey Is an Extremely Complex Society That Should Be Understood and Respected. Otherwise, Mutual Understanding Cannot Be Achieved” — these words of the director of the Diplomatic Academy became the title of this interview, short version of which we traditionally present on our web-site, and the full text is, of course, printed on the pages of the journal, in the second half of which you will find the English versions of all the materials. It should be added that we asked S. Korsunskyi for an interview not accidentally. After all, who, if not he (recently headed the work of the Ukrainian Embassy in Turkey) was an eyewitness to the events, consequences of which are already being felt today in the Middle East, in the European Union, as well as in other regions or even continents.

So, we invite our readers to see for themselves what the latest issue of the “BINTEL” journal contains.