The materials included in this year’s second issue of the “BINTEL” Geopolitical Analytics Journal, as well as the previous ones are directly related to current events in the world, especially — to the present day of Ukraine. And this concerns not only the election of our President, the analysis of which continues at all — state and interstate-levels. Or the early parliamentary elections for the Verkhovna Rada of Ukraine, when practically every and each candidate for a MP chair is trying to present himself as the most responsible of all his situational colleagues for the fate of Ukrainians, a person capable if not of turning the wheel of our history, at least of showing the right direction of movement for our unhinged machine of the state. The scientific palette of articles, according to “BINTEL”’s tradition, is more colorful, because the authors seek to objectively present their vision of this or that moment from the life of both, Ukraine and the world society, to necessarily explain how these moments have influenced or can affect the Ukrainian society, and whether it should repeat the mistakes of ten, twenty or even a hundred years ago. 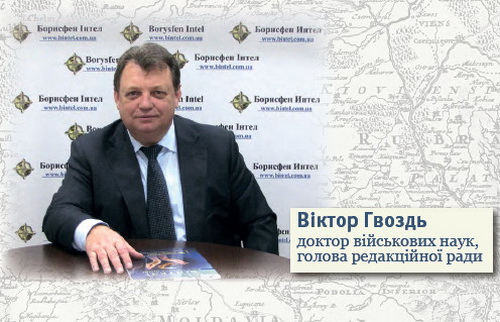 This is also stated in the traditional introductory word of the journal of Victor Hvozd — the Chairman of the Editorial Council, and in his article “Problems and Promising Directions of Development of the Ukrainian Geopolitics”. At the beginning of the article, the author points out: “With the upgrading of power in Ukraine and due to the current dynamic changes in the world, the basic principles of the Ukrainian geopolitics should be objectively specified and the ways of their realization should be determined. The urgency of this issue is obvious and needs a thorough analysis of world events and their tendencies in order to determine Ukraine’s role and place in these events and the main factors influencing its national interests and security”.

As for this security, V. Hvozd agrees with his authoritative colleagues: Ukrainian state bodies should actively prepare Ukraine for joining the EU and NATO, develop its relations with leading self-sufficient states, including the People’s Republic of China; to work hard with Russia so that it realizes: its current policy does not improve our relations, but in no way will make us abandon our chosen European social development. And useless are the “Russian world” theoreticians’ attempts to “legitimize” the ideological basis of the so-called process of revival of Russia as a great power, while comforting at the same time its complex of inferiority by the information war unleashed against us. Moreover, we, to put it mildly, do not like it when Russian “scholars” begin to persuade not only themselves, but also us, that the Ukrainian nation as such does not exist, that our state is an anti-Russian project of the West, and most Ukrainian territories historically belong to Russia and so on. In general, this all is the basis of Moscow’s policy towards our state, which, in the eyes of the Russians, should justify its military aggression that are trying to play the master in our eastern territory.

Turning in his work from the situation that has developed in the relations between Ukraine and Russia, to the world’s current events, V. Hvozd presents his vision of the reasons for the dynamic changes and growing global instability. Among these are the struggle for the influence in the world, its territories and markets, access to natural resources and transport communications, efforts to weaken the effectiveness of international mechanisms of collective security, isolationism, extremism, terrorism, etc. And since, as a result of the described ongoing processes in the world and around Ukraine, fundamentally new situations appear, the author believes that it is necessary to continue to persistently explore the spheres of Ukrainian geopolitics. 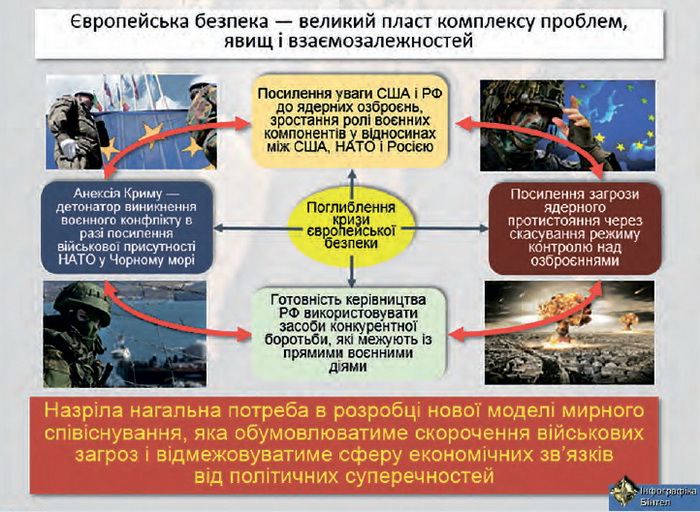 Another permanent author of the “BINTEL” journal, Serhiy Tolstov, the Head of the Department of Transatlantic Studies at the Institute of World History of the National Academy of Sciences of Ukraine, in his article touches upon an extremely important theme for us — security. The title of the article “European Security — Challenges, Problems and Prospects” is more than eloquent, and so is its content, which focuses the reader’s attention on the reasons for the challenges facing humanity. “Broadly speaking, points out the author, “security” is one of principal manifestations of the sustainability of the international system, due to its ability to neutralize internal and external threats, to ensure the relative stability of the system and its survival”. And continues to speak on conceptual aspects, which, in his opinion, define the content of the notion of “security”, the principles of the division of Europe and its adjacent territorial areas to the conditional three parts — Europe, the Euro-Atlantic, Eurasia — and points to the phases of security evolution, noting its stages, presenting forms of various state and intergovernmental structures, international measures or formations designed to guarantee the security of society. In the opinion of the author, today, in the European security relationships, antagonism between the United States and Russia is in contradiction. Although in the same Europe, the effect of polarization between the USA and Russia is not so tangible. But the current motivation for restoring contacts and negotiating between the USA, NATO and the RF relates mainly to the development of mechanisms designed to prevent accidental military incidents and to ensure transparency during military exercises.

Also, in this article the reader will get acquainted with a number of trends that underlie the current state of relations between the leading powers and interstate groups. S. Tolstov had counted about two dozens of them and presented in a certain sequence, stating that “…from the geopolitical point of view, the Euro-Atlantic and Eurasian spaces are asymmetrically complementary… Moving to a confrontational model in relations between the United States and Russia has in fact already led to a deep fragmentation of the wider European space and deepened the gap between its Euro-Atlantic and Eurasian components… The remnants of direct ties between them… although they formally remain, they are actually no longer effective and most likely serve as communication channels and discussion platforms”. 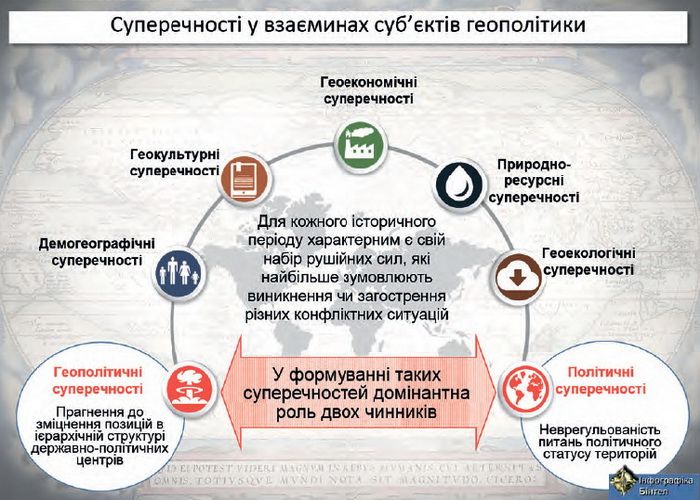 The theme of the article by the Doctor of Geographical Sciences M. Dnistryanskyi, as always relevant, corresponds to the need of the day and is intended for the reader, who may be for the author not less than the interlocutor and who is professionally engaged in geopolitics and who does care about the fate of Ukraine. This theme is defined by the title of the article “Geopolitical Contradictions of the Postmodern Era and the Place of Ukraine”. The author defines the nature of these contradictions, points out the dominant role of some of them, explains their reasons and the consequences that subsequently affect the social development. In fact, the author tries to show the dynamics, reasons and peculiarities of the transformation of the modern world, to identify what formed it, why it has become exactly as it is, what accompanied it and on what depends resolving of the current problems. To support his conclusions, he gives examples where certain unresolved problems with different conflict potential acquire such proportions that become “the nodes of global geopolitical contradictions”. We will be frank: there is no point to retell the content of this broad article — it should, at the very least, be attentively looked through, and as maximum — to be used in resolving geopolitical problems that have lately arisen in our country. 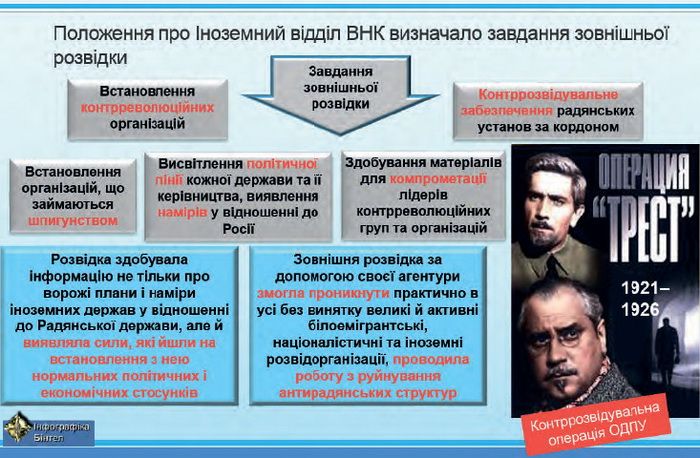 Doctor of Historical Sciences I. Datskiv, who also introduces our regular readers to his studies about the activities of the Ukrainian diplomacy, this time in his journal article “Formation of the Foreign Policy of the Ukrainian SSR and the Activities of Soviet Secret Services in the Territory of Foreign States (1920–1923)” aimed at exporting the Bolshevik revolution to other countries and continents. The Ukrainian SSR’s participation in the “export of the revolution” to such countries as Poland, Romania and Hungary was determined by its geopolitical and military-strategic location. The author uses a great deal of interesting information about the true nature of the activities of various Soviet party, state and intelligence bodies; he mentions immediate executors of serious operations and surnames of well known at that time Soviet officials, whose duties included organization of intelligence and counter-intelligence activities, highlights secret methods of work, that one way or another are echoed with the present.

It is enough to quote one paragraph from the article and the reader will understand, under what angle to perceive the facts presented by the author: “…Another important sphere of secret activity of Soviet special services in order to secure the foreign policy interests of the RNK of the Ukrainian SSR was to bring into parliaments (mostly of neighboring countries) representatives of socialist and communist parties. By creating pro-Soviet parliamentary factions, the governments of the Ukrainian SSR and the RSFSR tried to secure lobbying of their own interests in legislative bodies of foreign states. Thus, it is appropriate to note that, along with the establishment of official relations with the countries of Europe, the USSR is resorting to subversive operations”. 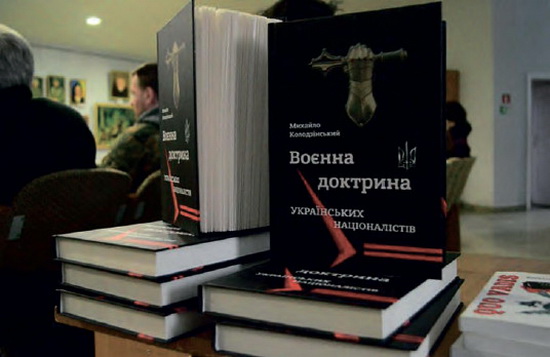 Historian S. Rudyuk, in the introduced this year column “The School of Ukrainian Geopolitics”, suggests recalling Mykhaylo Kolodzinskyi, one of the best military figures of the Organization of Ukrainian Nationalists (OUN), whose life and activities are an example of an unselfish, faithful, sacrificed up to self-denial serving to his native people and the Ukrainian national idea. S. Rudyuk’s article “The People Who Are Freed With Someone Else’s Help Are Weaker In Inverse Ratio to the Help Used” not only describes M. Kolodzinskyi’s biography. The author seems to be making a bridge through the ages, demonstrating not only the zeal of our glorious predecessors in defending the statehood of Ukraine, but also finds something in common in contemporary and current events, when we are trying to answer vital questions regarding state-building. Of particular value today is M. Kolodzinskyi’s “Ukrainian Military Doctrine” (1938), also known as the “Military Doctrine of Ukrainian Nationalists”, the full edition of which was published in Kyiv in 2019. S. Rudyuk: “Despite its senior age, M. Kolodzinskyi’s “Ukrainian Military Doctrine” is still relevant for both, the top military-political leadership of Ukraine and for the entire Ukrainian society. After all, when writing it, the author was guided exclusively by the national interests of the Ukrainian people, and not by fashionable political theories of foreign origin, electoral technologies or current international political situation”.

And to these S. Rudyuk’s words we may add the wishes to our readers: find the opportunity to read the article, listen to the conclusions of its author and, as a must, read M. Kolodzinskyi’s “Doctrine…”, where you will find answers to almost all the questions that have arisen before us and our state. 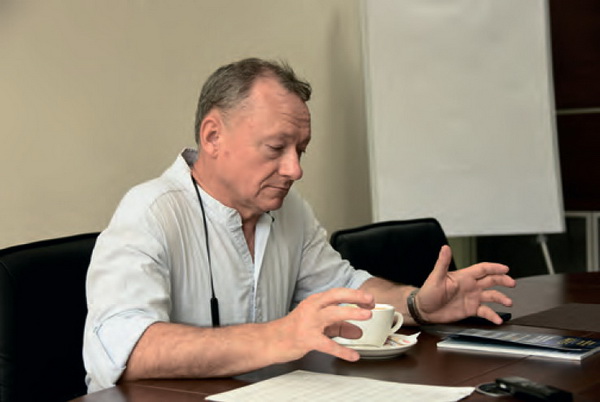 Finally, a traditional interview under the heading “Visiting BINTEL”, this time — with Mykhailo Savva — Doctor of Political Science, the Chairman of the Board of the Expert Group “SOVA”. As a result of persecution in Russia (accusations of illegal use of grants) citizen of Russia Mykhailo Valentynovych, had to seek political asylum abroad, where he received refugee status. In addition to scientific work, he is engaged in human rights work.

A shortened version of his interview “Modern technologies of influence on public opinion, actually, make it possible to take a person “from nowhere” and create a leader” will be placed on our web-site, and the full version can be read on the pages of the “BINTEL” journal.