A campaign to oust Chinese telecommunication giants from Western markets

Both detainees are accused of trying to obtain information on the development of protection of the networks used by the Polish government. Searches were conducted not only in detainees’ homes, but also in Huawei’s offices. As a result, Secretary of State at Ministry of Digital Affairs Karol Okonski later said that Poland might consider prohibiting public authorities to use Huawei products for suspected espionage.

Although Huawei has responded quickly and has even fired Wang Weijing, this incident cannot be considered accidental, but part of a campaign to discredit and oust from the Western markets not only Huawei, but also other Chinese telecommunications giants, including the company ZTE Corp. 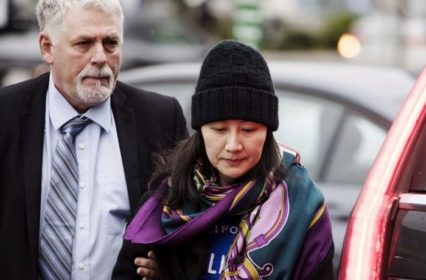 December 1, 2018, in Canada, chief financial executive of Huawei, Meng Wanzhou, was detained on request for extradition to the United States. She was suspected of violating US trade sanctions against Iran. Although Meng Wangzhou was released on bail, the incident was the cause of a diplomatic scandal between the PRC and the United States.

December 18, 2018, the National Office for Cybernetics and Information Security of the Czech Republic reported that the use of Huawei and ZTE software and technology in state institutions could threaten the national security of the country.

We should also mention similar restrictions imposed on Huawei and ZTE in the USA, the actively circulating in the American media information that very soon US President Donald Trump may sign a decree forbidding American companies to buy equipment made by the above-mentioned Chinese companies in general.

Also note that on December 13, 2018, in one of the most influential Australian publications Sydney Morning Herald was organized a “leak” that the alliance of intelligences “Five Eyes” (US, UK, Canada, Australia, New Zealand) in the middle of July 2018 decided on displacing of the Chinese company from the world markets. 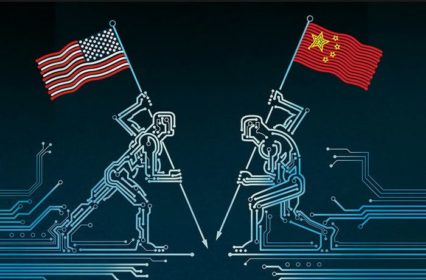 The confrontation of the United States, as a force seeking to preserve global leadership, and China in all the regions of the world at the present stage is manifested mainly in the economic and partly in the security sphere. There is reason to believe that in the short term this trend will continue. At the same time, in the medium to long term, one of the key aspects of the confrontation between the two states is to obtain technological advantages, which, in turn, serve as the basis for economic and, ultimately, military superiority. The most active competition between the US and China takes place in several technological niches: telecommunications, cyber security, development of weapons based on new physical principles, development of “artificial intelligence” (AI) and space exploration.

The USA and China mainly rely on the technology complex under the conventional name “artificial intelligence”. This attention to this sphere is explained, first of all, by the fact that in recent years the development of communication systems has allowed to operate huge amounts of data and, consequently, to realize on their basis the so-called “deep learning” of artificial intelligence (allows producing algorhythms that operate on the basis of acquired experience without writing a special program) This, in turn, makes it possible to transform the AI into a catalyst for the development of innovations in other spheres.

Against this background, the aims of the attacks on Huawei are as follows:

Huawei has agreements to provide equipment for 3G and 4G networks with operators in South Korea, Japan, Australia, Italy, Turkey, Saudi Arabia, the United Kingdom, Germany, France and Canada. Besides, as of the beginning of 2018, Huawei has signed 25 memorandums of understanding with operators to test its equipment for the most promising 5G networks, which can increase the speed and volume of data transmission up to 50 times. Among them, there is the British Telecom, the Canadian Bell, the French Orange, the German Deutsche Telekom, and also Vodafone, which operates around the world.

As a rule, such memoranda are preceded to the conclusion of contracts, but as a result of the above-mentioned events, they are in the risk group and, as said above, the process of revising the contracts with Huawei has begun.

Complete bankruptcy of the company is unlikely, given the strong position of the company in the domestic Chinese market and state support. At the same time, we may expect the continuation of various discrediting actions against the company, which could lead to its displacement at least from Western markets.

Given the interconnectedness of the Chinese foreign policy and the economy, such actions are more likely in countries outside the “Belt and Road” Initiative or depend on the USA’s political and/or economic support. Taking into consideration these criteria, new incidents with the participation of Chinese companies should be expected in the countries of Central and Eastern Europe, as well as Arab monarchies of the Persian Gulf.

As for Ukraine, according to the Base Stations service, 33.9 out of 70.8 thousand base stations used by Ukrainian mobile operators have Huawei hardware. This fact makes communication systems on the territory of Ukraine potentially vulnerable and requires taking measures to minimize the risks involved.