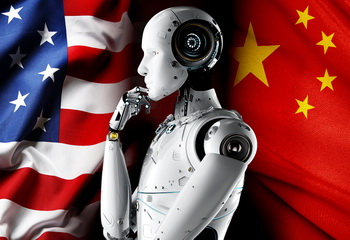 The previous publications of the “Borysfen Intel” Center have already mentioned that the United States, China, and other global players believe that artificial intelligence is capable of providing technological, and consequently, economic, political and military leadership in the whole world, or at least, in some of its regions.

It should be noted that at the present stage one can see the United States losing leadership in this sphere. Today, the United States is actively engaged in technological races with the PRC. Over the next few years, there will be significant increases in spending on this sphere, efforts to create American companies with competitive advantages in the international arena, first of all in the telecommunications sector, and creation of barriers for similar activities of China, which remains the main rival of the United States in the struggle for the world leadership.