September 14, 2017, the joint Russian-Belarusian strategic command and post exercise “West-2017” was launched on the territory of Belarus and Russia.

On the very first day, the central event of the SCPE was the crash of the long-range (strategic) bomber of the Aerospace Forces (VKS) of the RF Armed Forces Tu-22M3.

Of course, the loss of a strategic bomber by the aggressor country is good for Ukraine. In case of Russia’s resorting to a full-scale military invasion of our State, this would mean a reduction in the number of air targets for Ukrainian Air Defense. Although even without that, the experience of Russia’s armed attack on Georgia in 2008 showed the possibility of providing a decent response to Russian air vultures that struck at the peaceful Georgian population.

For example, according to the official data of the Russian side alone, within the 5 days of the war, six planes were lost, including a Tu-22M3 strategic bomber from the 52nd Separate Heavy Bomber Aviation Regiment, as well as five Su-24 and Su-25 of different (as a rule, the latest) modifications. Another five Su-25 planes were seriously damaged. At this, the most severe losses were suffered by the 368th Assault Aviation Regiment, where nearly a quarter of the aircrafts of their full strength were shot down or damaged.

At the same time, the fact of the Tu-22M3 crash in the “West-2017” exercise is of far deeper significance, including in military-political terms. In fact, this event was a clear indication of the real state of Russia’s strategic aviation, which today is nothing more than a large “Potemkin village”.

In 2012, after V. Putin’s return to the presidency of the Russian Federation, he ordered the resumption of Russian strategic aviation’s constant patrolling in operational areas, as it had been during the Soviet era. In reality, this resulted in the occasional flights of individual planes of a purely provocative nature along the coasts of the countries of Northern Europe, the Black Sea region and the Far East.

Even more convincing evidence of the exclusively “ostentatious” nature of Russian strategic aviation was its participation in the armed conflict in Syria. Thus, the intensity of group flights of Russian “strategists” is no more than one in two or three months, which is due to Russia’s being not able to quickly restore the resource of these aircrafts. At this, the results of such raids are only mass casualties among civilians and total destruction of Syrian cities, which has already been regarded by the whole world as a war crime.

The reasons for this situation are the moral and technical obsolescence of the Russian strategic aviation, as well as Russia’s loss of the technical base for its proper support. Thus, the production of the main strategic bomber Tu-95 of the RF VKS was started in 1955, and the production of its latest modification of the Tu-95MS was discontinued in 1992. That is, the newest aircraft of this type is 25 years old, and most of them are 40–50 years old. Considering the use in its development and production of American technologies of the Second World War, at present it is still at the same level of the middle of the last century. In turn, the “most modern”, according to Russia, Tu-160 bomber was produced from 1984 to 1992. The age of the newest is at least 25 years, and on average — up to 30 years. A similar “grandfather of the Russian aviation” is also Tu-22 (various modifications), which was produced in the period from 1960 to 1993.

Taking into account these circumstances, in combat actions in Syria participates the RF’s front and army aviation. At this, it suffers no less losses than during the attack on Georgia, and this despite the fact that Syrian insurgents have not got an organized air defense system. As of September 2017, the Russian troops in Syria lost a Su-24 and a Su-33 front-line bombers, a MiG-29 multipurpose fighter, a Mi-8AMTSH-V helicopter, two Mi-35M and one Mi-28, as well as three unmanned aerial vehicles “Aileron-3” and two “Orlan-10”. 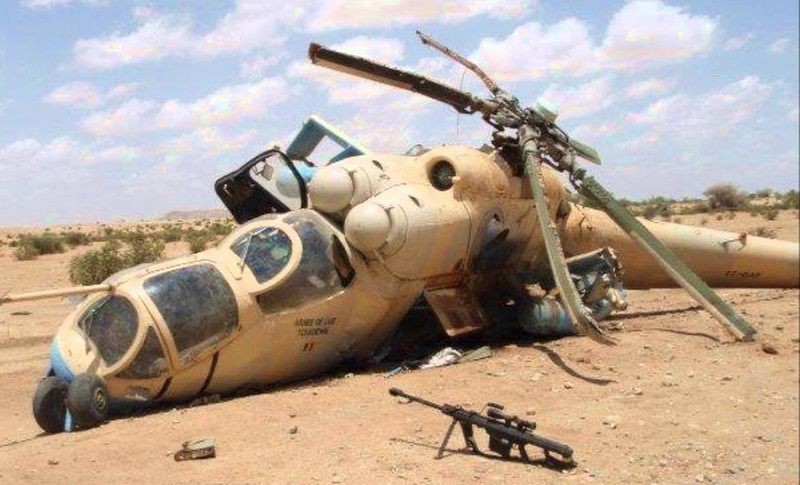 Of course, this material can be perceived as “gloating” about another catastrophe of a Russian military aircraft. No, this is just a statement of the deplorable state of the Russian strategic aviation, as well as of the inevitability of God’s punishment for all who organize and conduct the Kremlin’s cannibalistic policy to establish Russia’s role as a new evil empire.

He who comes to us sword in hand, by the sword shall perish. In the course of Russia’s armed aggression against Ukraine, about six thousand Russian servicemen have already been killed. Russia has abandoned them. This is not “gloating” at all, but why should we have to worry about the deaths of soldiers, officers and generals of the enemy army that is waging war against our State and killing our people. The only way for them is to return home in the form of “cargo 200”, as it is happening today in the Donbas. 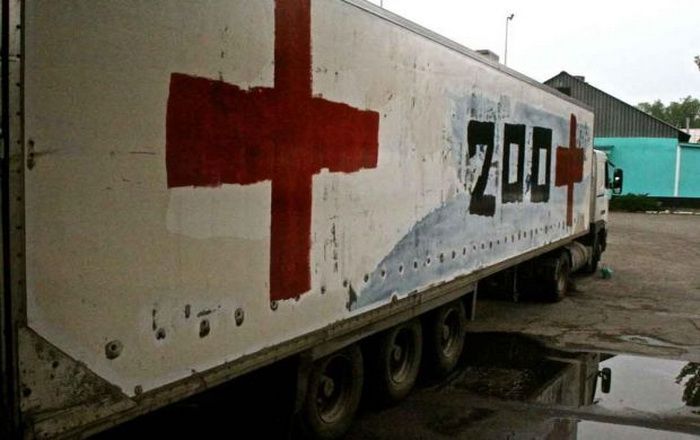