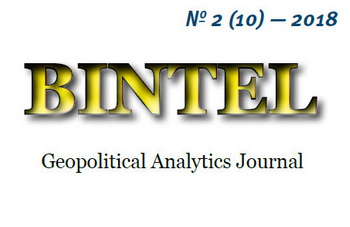 This issue of the “BINTEL” Geopolitical Analytics Journal contains materials in the headings well known to our readers. For example, under the heading “International Politics”, there is President of the “Borysfen Intel” Centre Victor Hvozd‘s analytical article “Philosophy of the “Russian world” as Nemesis for Russia” in which theauthor in particular, writes: “The actions of Moscow are systemic in nature and are an integral part of the neo-imperial policy of V. Putin’s regime, which envisages the revival of Russia, but in fact — of the Russian Empire as a “great world power”. To justify such a policy, the leadership of the Russian Federation uses the ideology of building the so-called “Russian world”, which is based on a set of doctrines and theories of Russian historians, scholars and philosophers”. 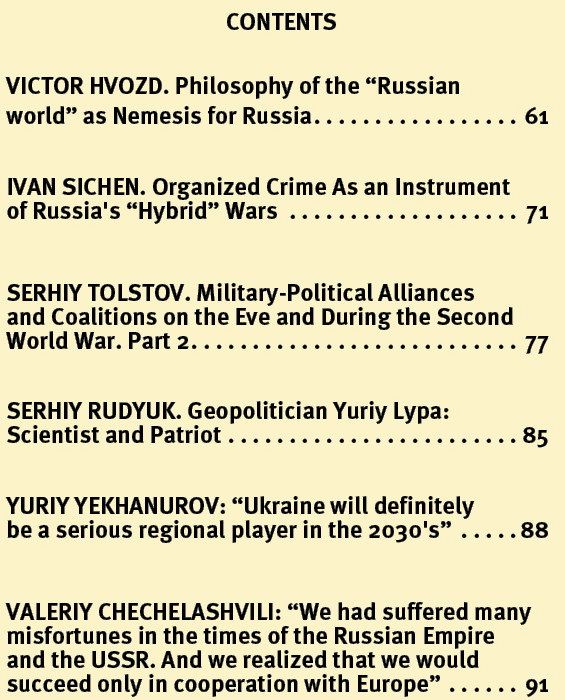 And then the author sets out and analyzes the ideas of these Russians about the so-called processes of building the future of Russia, their justification of the proposed philosophy of the “Russian world”, the methods by which it is built: “All this contradicts the approaches that are being used by really great countries and leading centers of power in the world — the United States and the People’s Republic of China, who are also trying to create zones of their geopolitical influence. It is these processes that are the main driving forces of the globalization of the modern world”.

The above-mentioned topic coincides with the theme of the article “Organized Crime As an Instrument of Russia’s “Hybrid” Wars” by another regular writer of the “BINTEL” journal — I. Sichen. By systematizing the current Russian-Ukrainian relations, the political expert clearly argues that the basis of all historical events taking place on the 16 part of the world (the “Russian world” here should not be considered an exception) have always been Muscovy’s primitive desire to control these spaces and their population in a criminal way. For example, if you try to determine the locomotive of all military events, wars or unrest, protest actions or even revolutions that took place in former Russian spaces, you will certainly see the manifestations of adventure, criminality, criminal practice, used by, to put it mildly, actors of these processes. And what do we have as a consequence of this? The total corruption in the same 1/6 part of the world, where new states keep trying to emerge, but cannot, where civilized life of their societies fails to be organized.

This is also stated in the interviews with two guests of “Borysfen Intel”, a well-known Ukrainian statesman Yu. Yekhanurov (“Ukraine will definitely be a serious regional player in the 2030’s”) and a Georgian career diplomat V. Chechelashvili (“We had suffered many misfortunes in the times of the Russian Empire and the USSR. And we realized that we would succeed only in cooperation with Europe”).

This issue contains the second part of the article by the well-known historian and analyst S. Tolstov “Military-Political Alliances and Coalitions on the Eve and During the Second World War”. Let’s remind our readers that this is not just a list of so-called contractual structures that had played and are playing a prominent role in geopolitics or in the history of societies. This respectable work can be called educational too. After all, military-political structures should be perceived as a form of coexistence of societies that are oriented towards their civilizational development, and not as a method of achieving temporary benefits, as some park-bench orators are trying to explain them. 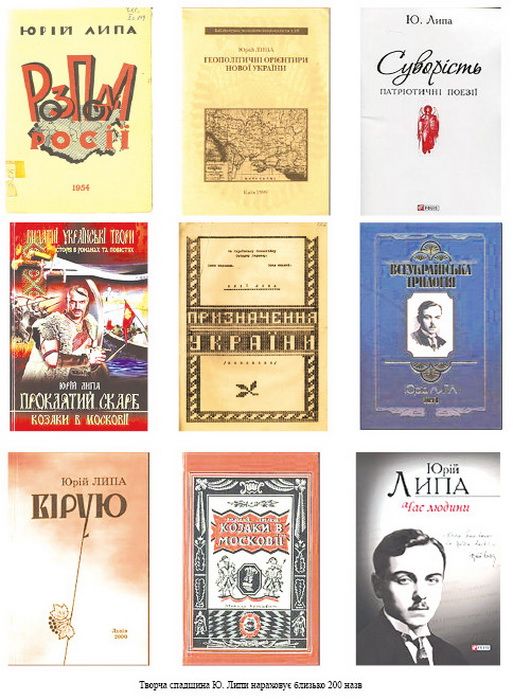 Under the heading “The School of Ukrainian Geopolitics” there is historian S. Rudyuk‘s article “Geopolitician Yuriy Lypa: Scientist and Patriot”, which continues the heading initiated in the previous issue, reminding of thorough geopolitical researches of the best representatives of the Ukrainian nation. Yu. Lypa weighed in in such researches, drew conclusions, without which it is difficult to imagine the contemporary Ukrainian historical science. S. Rudyuk gives a list of the Ukrainian researcher’s serious works, including the written by him at the age of 17 “Kyivan Kingdom According to Bismarck’s Project”, the published in 1938 “Cause of Ukraine”, “The Black Sea Doctrine” (1940), “The Severance of Russia”(1941), “The Black Sea Area (geopolitical atlas)” (1942).

The most famous of these works are the first three which have entered the scientific community under the title “All-Ukrainian Trilogy”. The central place among them belongs to the book “Cause of Ukraine”, in which the author from geo-sophical positions analyzed the place and role of Ukraine in world geopolitics. Here, Ukraine acts as one inseparable triad: the people — the land (territory) — the state. According to Yu. Lypa, Ukrainians are an “organic” nation, that is, a nation that originated and rooted in its own land (as opposed to the “Soviet mishmash” and “American conglomerate”). 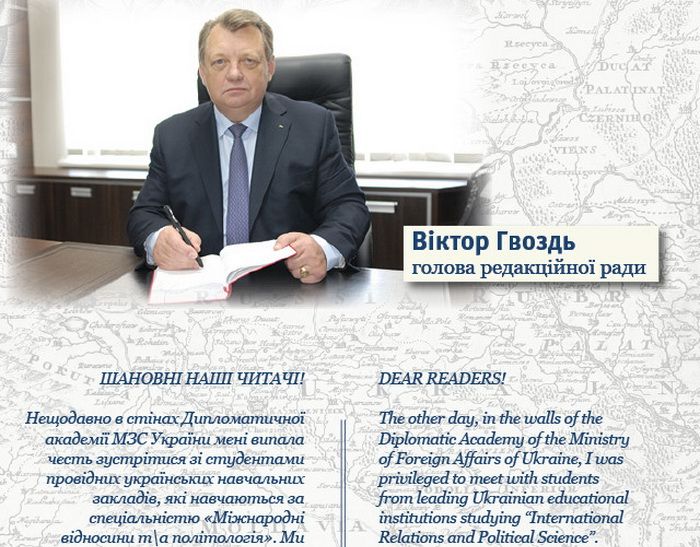 Don’t forget that all articles in “Bintel” are published in Ukrainian with a translation into English.

In the editorial, Chief of the Editorial Council of the Journal Victor Hvozd, among other things, addresses Ukrainian students with a proposal for cooperation: “…Then our “BINTEL” will become more interesting, which will increase Ukrainian and foreign expert circles’ interest. In this way, we will contribute to the process of deepening the processes of the world’s understanding of Ukraine as a respectable state”.