Surprisingly, the 2017 new reform of education in Ukraine does not suit our neighboring states, in particular, Romania, Hungary, the Russian Federation and Poland. They are not happy with the Law of Ukraine “On Education”, according to which teaching of school subjects in the languages of national minorities in Ukrainian schools is reduced. Part 1 of this law states the following: “Persons belonging to national minorities of Ukraine are guaranteed the right to study in communal educational institutions for pre-school and primary education, along with the state language, the language of the respective national minority. This right is exercised through the creation in accordance with the legislation of certain classes (groups) with studying in the language of the respective national minority, along with the official language, and does not apply to classes (groups) with instruction in Ukrainian”.[1] 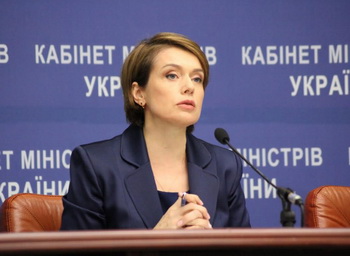 For example, until recently, in schools of national minorities in Ukraine from grade 1 to grade 11 students did not study in Ukrainian, but in minority languages (Romanian, Hungarian, Russian, Polish, etc.). By the way, you will not find such loyalty even in the countries of democratic Europe. And this has quite a reasonable explanation, as Minister of Education Lilia Hrynevych has repeatedly reminded: “The new Law “On Education” broadens the opportunities of Ukrainian children belonging to ethnic minorities to receive education and promotes realization of their constitutional rights. Ukrainian children belonging to ethnic minorities are our Ukrainian citizens and their interests, rights and freedoms will remain the main priority for us”.[2]

She also explains that neglecting the state language “makes children hostage to these linguistic minorities and isolates them within the community”. In fact, in this way they cannot study in higher educational institutions of Ukraine because they cannot pass the external independent evaluation with the necessary points. Here let’s look at some data of the Ministry of Education and Science of Ukraine: “…According to official statistics of the Ukrainian Center for the Evaluation of the Quality of Education, in 2016 more than 36 % of graduates of Trans-Carpathians passed an external independent evaluation of the Ukrainian language with the result of 1 to 3 points by the 12-point scale. 60.1 % of the pupils belonging to the Hungarian and Romanian minorities, who, respectively, were taking the external independent evaluation of knowledge in Mathematics and History of Ukraine in one of these languages, did not overcome the threshold/did not pass the test in the Ukrainian language at all”.

So it becomes obvious that so-called motherlands (states of origin) of the above-mentioned national minorities, resenting our educational reform, are actually against the interests of the younger generation of these national minorities. In other words, the same Romania or Hungary, Russia or Poland do not want to give these young Ukrainian citizens a chance for their successful future in their native state. And all for the sake of what? For the sake of a clear policy aimed at forming… separatist sentiments in the regions of these minorities’ compact residence in Ukraine. No more and no less.

But here it is interesting to change the angle of view, that is, to offer the so-called foreign opponents to see how this problem is solved in their own countries. Of course, relying only on objective data and taking into consideration the situation in which Ukrainian national minorities appeared in those countries that are now outraged by the decisions of our Ministry of Education.

Statistics is said to be dry and, I would say, miserable.

As you can see, Ukrainian-speaking population, or in other words, Ukrainian diaspora, in the neighboring countries de facto does not have educational institutions, where subjects are taught in their native Ukrainian language. At this, it is worth paying attention to the contrast between the number of Ukrainian schools and the number of Ukrainians in the respective state. As they say, “no comments”. Instead, the situation of national minorities in Ukraine is contrary if compared with the above-mentioned situation of the Ukrainian diaspora.

Justice requires reciprocity. The Law “On Education”, adopted on 5 September 2017, opts for the restoration of national justice. After all, the language article of the Law (Article 7)[9] does not violate the Framework Convention for the Protection of National Minorities, signed by Ukraine in Strasbourg on 1 February, 1995: the Article defines communal (i.e., state) educational institutions. Instead, Paragraph 1 of Article 13 of the International Convention is on the right to private schools: “Within the framework of their educational systems, the Parties shall recognise that persons belonging to a national minority have the right to set up and to manage their own private educational and training establishments”.[10] 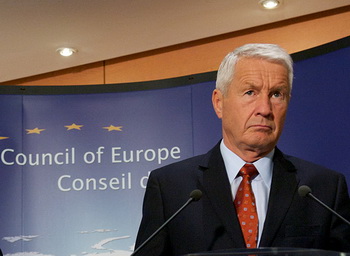 And what does Europe say about it? For example, Secretary General of the Council of Europe, Turbjørn Jagland, spoke about the problem around the linguistic article: “Minorities in Europe must of course be fluent in their state’s official language. This is vital for their full participation in society, and the state should deploy all means required to ensure that they can learn it. At the same time, the state must also provide the right and the ability to use their mother tongue both culturally and in official exchanges”.[11]

Is it possible to accuse Ukraine of infringing the rights of national minorities? It is clear that it is impossible. After all, they, national minorities, enjoy such a right, as evidenced by the opportunity not only to study their language, but also to teach in it in primary school, as well as to visit a large number of cultural centers and to keep documentation in places of compact residence (in accordance with the current Kivalov-Kolesnichenko’s law “On the Principles of the State Language Policy”)[12].

The most important in the new educational reform is that Ukraine, like every other country, not only defends its interests, but wants to defend its independence. In the situation when neighboring countries carry out a covert aggression against our state (and a latent aggression at the certain stage becomes an open one, we currently have such an example with the Russian Federation), the need to defend national interests grows tenfold. The security of the state, its territorial integrity and inviolability of borders are priority tasks of the authorities. At this, security means not only defense measures, but also offensive ones. As for the “Law on Education”, it, among other things, is only defense tactics: it has restored the national (priority is the rights of the indigenous nation) and state justice (teaching in the state language in state institutions).

If we look at Ukraine’s history, past actions in favor of neighboring countries/peoples had negative consequences for Ukrainian statehood. For one, just let’s mention giving up the Black Sea Fleet in 1992 in favor of Russia, which has now “thanked” us by the annexation of the Crimean Peninsula!..

The current educational reform is just one of the links that is needed to protect Ukrainian statehood from separatism in t western regions and to prevent further expansion of the hybrid war from the neighboring countries. It is clear that the education reform itself is not enough to defend our sovereignty, but at the same time it is an important measure in the defense of the state.

Once again, don’t forget that only using our full potential we will be able to make Ukraine a leading country in the world. And we will do it!

[10] Framework Convention for the Protection of National Minorities: http://zakon3.rada.gov.ua/laws/show/995_055