The second part of the well-known military proverb “You can postpone a war but never a lunch” in relation to the situation in the Caspian Sea region can now sound something like this: “…but economic interests come first”. Because this proverb definitely goes far beyond the Army lexicon, as any military operations in the southern Caucasus are, so to speak, the political background for solving “geo-economic” projects. This is emphasized by the August meetings of the leaders of Iran, Azerbaijan, Armenia and Russia. Although, honestly speaking, the chronology of these meetings can be seen as demonstrative. 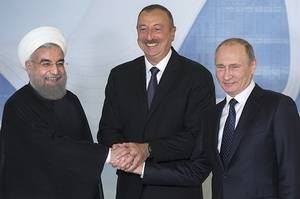 In early August in the capital of Azerbaijan, local senior authorities were meeting Russian President V. Putin, on the day after the meeting, the Russians were welcoming Turkish President R. Erdogan. A few days later, in Moscow, V. Putin spoke with Armenian President S. Sargsyan on the “key issues of interaction in political, trade-economic and humanitarian spheres, promotion of integration processes in the Eurasian space”. It is obvious that Russia, in particular, does not give up the role of the concerned neighbor who is ready to give a shoulder in addressing local and regional issues. After all, “at stake” are the above-mentioned economic interests: resumption of work on the construction of the gas “Turkish Stream”, establishment of 7,200-kilometer “North-South” international transport corridor, extending from India, Iran, the Gulf Countries via Azerbaijan to Russia, Western and Northern Europe and so on. In fact, for the aforementioned parties this is one of the few real options to hold their economies “afloat”. Russia — in the situation of the West’s economic sanctions. Azerbaijan — in its desire to enter the world economy without intermediaries, the so-called helpers like the EAEU. Not to mention Iran, with economic restrictions having already been lifted. For Iran the most important thing now is not to mess things up in order not to run into the same “sanctions trap”. (It will just suffice to mention Iran’s shrugging off the Russian bombers based in Hamadan). 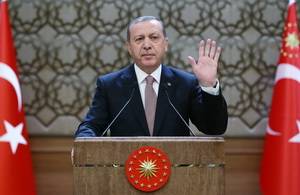 It would be too prematurely to describe the palette of Turkey‘s interests at the current stage of development of its internal political events. It is going through the so-called reconstruction. I emphasize — reconstruction. Which began with the failed military coup. It seems to mean, first of all, that the “method” of the Turkish military caste’s preserving the secularity of its Muslim country has exhausted itself. You can say it has become an anachronism. The Turkish leadership has begun to clean the state institutions and the army of its opponents. The enthusiasm in such a “cleansing” tempts to think that if the coup attempt had not taken place, it would have been provoked this way or other. Not in the classic style, like in Chile, but as they say in a “hybrid” one. That is, in some places aviation would have taken off, from some barracks soldiers would have taken to city streets, and would immediately have been arrested by the police. A couple of hundreds of disarmed soldiers would have been beaten with batons by his own fellow soldiers, “not supporting the rebellion”… The plot is reminiscent of scripts for Kusturica’s movies. These events can be useful to the Turkish leadership just because all possible economic and political failures could be explained by them. And to somehow explain the logic of it further, perhaps, unsuccessful or ill-considered from the point of view of the EU steps. For example, reconciliation with Russia and the promise to build a gas pipeline for the purchase of gas with its further transportation to bypass Ukraine. Or the Turkish tank units’ participation in combat operations in Syria. Doesn’t all this remind the present-day Russia, where the leadership is desperately struggling to maintain its “face” in the eyes of its own people? 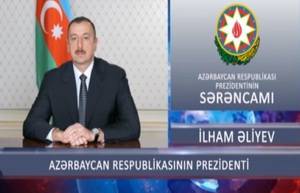 As for Azerbaijan, activation of its military units to liberate the captured by Armenians Azerbaijani territories is practically impossible. Firstly, Baku is actually not ready for this, no matter what is the claimed otherwise. Because purchasing weapons and military equipment for its Armed Forces is one thing, but practical using them without proper training of the personnel is quite a different thing. Clashes on the border with Karabakh do not count. Secondly, such an order at the beginning of the fighting in one way or another must be coordinated with Moscow, to which step the latter would never agree, even informally. Russia’s top leadership constantly and explicitly makes it clear that only Russia’s powerful military force is the key to peace in the Caspian Sea region. Therefore, Azerbaijan can only demonstrate military exercises at best. Thirdly, Azerbaijan is forced to tinker at the vector of its policy, and to turn from foreign policy issues to domestic ones, which is confirmed by its President’s recent order on the preparations for a referendum on amending the constitution. That is, the emphasis of the state policy are displaced in the eyes of the people. The leadership is trying to persuade Azerbaijanis that there is a need for this shift because of the current events in the world and in the Caspian region. To avoid adverse events observed at the beginning of the year in the neighboring countries (e.g. in Kazakhstan and Armenia), the current government decided just in case to take care of the “strengthening social discipline”. In other words, to prevent possible protests of people not happy with the current state of affairs in the country that is unable to regain the lost one-fifth of Azerbaijani territory in the fighting in the late ’80s. The new constitution in the first part of Article 9 reads as follows: “AR in order to ensure its security and defence creates the Armed Forces. The Armed Forces consist of the Azerbaijani Army and other armed formations”.

There were also found some grounds for amending the constitution on human rights to equality. It is proposed to replace the word “nationality” with “ethnicity” in the first sentence and the word “national” with the word “ethnic” in the second sentence, which, according to experts, will be up to the International Convention and will eliminate the concept of nationalism. Changes are proposed concerning the rights of private property, protection of personal information, employment law, the right of associations, rights protection mechanism. The President’s term in office is going (attention please!) to increase from 5 to 7 years, and the President, if necessary, will be able to announce an early presidential election. In a word, the so-called fashion for strengthening and centralization of power, has recently gripped the Caspian countries, the Republic of Azerbaijan included. After all, this centralization, according to the current Azerbaijani leadership, is the key to the strength and prestige of the Republic of Azerbaijan. And its authority in Asia associates with a strong hand of the head of the State, controlling his subjects, always ready to show a stubborn neighbor (in this case — Armenia) its place, and who sooner or later, is going to regain the above-mentioned lost part of the country’s territory. 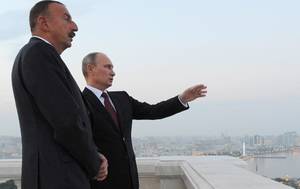 By the way, about Russia’s “strong” position on the Karabakh conflict settlement, Western analysts, for example, believe, “…Russia has revised its position — instead of the frozen conflict, it now prefers its final settlement. To do this, there may be some rapprochement between Moscow and Baku. If Russia considers Armenia and Azerbaijan as its allies, it will change the situation in the region”. This is the American analyst Michael Rubin’s opinion. V. Putin himself in his relatively recent interview with one of the agencies outlined his current position on Azerbaijan: “We are aware of the degree of responsibility that lies on the shoulders of the leadership of Azerbaijan and Armenia. We welcome the constructive attitude that dominated at the latest (June 20, 2016) St. Petersburg summit on the conflict settlement. The ultimate goal of the settlement should be an agreement under which none of the parties would be a winner or a loser, concessions would be mutual, benefits for each party would be clear to the public opinion in both Azerbaijan and Armenia. In turn, Russia is ready to support the solution to the problem that would satisfy all parties concerned, and to act together with other mediators as a guarantor of the settlement… The parties must agree between themselves, without external pressure, and to find their solutions that would satisfy everyone. This is our firm position”. The position of the Russian President can be summarized in the words of an Azerbaijani military expert, who said the following: “While at the beginning of April, the parties lost a few tens of dead and wounded, next time there will be much more, since a lot of weapons and equipment has been accumulated… In general, Russia behaves not quite sincerely towards Azerbaijan…”.

However, quot analysts — tot views on a particular situation. For example, the American analyst John Herbst believes that the frozen Karabakh conflict is not good for Russia, as the settlement prospects are dim; and the US will not activate the process of settlement because of the upcoming presidential elections.

By the way, an Azerbaijani expert, surprised with Russia’s being insincere, needs just to objectively examine its participation in the events in the East of Ukraine, to understand for himself the obvious truth: the Kremlin only verbally declares its mutually beneficial partnership. And then forgets about it when it comes to the profits of companies belonging to Russian oligarchs. If the Kremlin really dealt with problems of war-torn regions, and was not involved in the conduct of military operations, it would without extra conditions support the international community’s efforts to restore peace in the southern Caucasus and in the East of Ukraine.