Against the background of the recent sharpening of the European Union’s political and economic problems (including those related to the positive results of the referendum in the UK on the country’s exit from the EU), the leadership of the Russian Federation keeps actively trying to develop alternative international organizations that have been established and are led by Moscow.

In particular, this applies to the Shanghai Cooperation Organization (SCO, includes Russia, China, Kazakhstan, Kyrgyzstan, Tajikistan and Uzbekistan, the observer status being enjoyed by Belarus, Mongolia, India, Iran, Pakistan and Afghanistan), which is specifically opposed by V. Putin’s regime to the Western world. 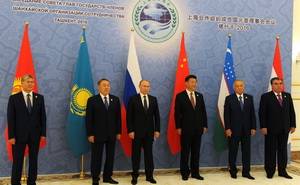 The SCO’s great importance for Russia was seen at the jubilee summit held on the 15th anniversary of the Organization at the level of Heads of the SCO member states on June 23-24, 2016 in the capital of Uzbekistan — Tashkent, and was fully used by Moscow to implement its geopolitical interests, including for strengthening international position of the Russian Federation and demonstration of its “positive and growing role” in resolving the situation in the conflict zones in different regions of the world.

Thus, on the initiative of Moscow, the final declaration of the summit included provisions on the need to strengthen the fight against international terrorism and extremism, and to provide general security in the SCO space, as well as to counter the sources of threats in Afghanistan by facilitating the solution of Afghanistan’s domestic conflict. At the same time was pointed out the importance of resolving the crises in the Middle East and North Africa (primarily in Syria), as well as in the East of Ukraine due to “sustained implementation of the Minsk Agreements by all parties”.

Along with the declaration of the views of the parties on the above-mentioned issues, the participants of the summit opposed “unilateral strengthening of missile defence systems”, which were called actions “to ensure one’s own security at the expense of other countries that threatens regional and international stability”.

Besides, the SCO member states signed a memorandum on India and Pakistan’s joining the Organization (the procedure of these countries’ joining the Shanghai Cooperation Organization was launched in 2015). 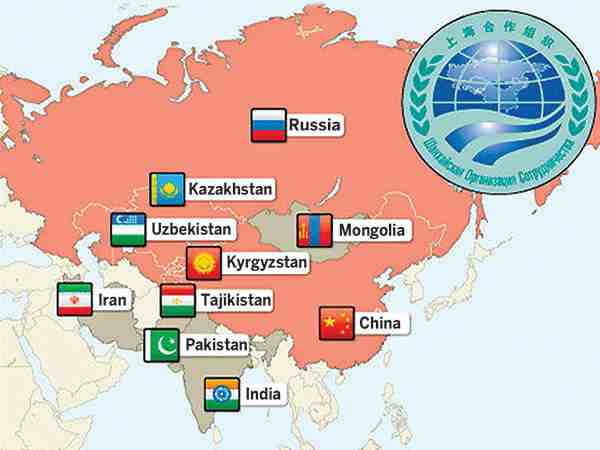 Commenting on the results of the summit, the RF President V. Putin pointed out their “historic character in the development of SCO which brings it to a new level”. According to him, after completion of the procedure of India and Pakistan becoming members of the SCO, the organization will bring together more than 60 % of the territory of Eurasia, 45 % of the world’s population and more than 19 % of global GDP.

At the same time, behind the loud declarations about the “success of the SCO,” Putin’s regime hides the true state of affairs in the Organization, namely, the preservation of essential contradictions between its members in almost all spheres in the whole spectrum of relations.

In its previous assessments, the Independent Analytical Centre for Geopolitical Studies “Borysfen Intel” has repeatedly touched upon this subject, so there is no need to lighten it in full. Let us dwell only on the most important aspects, which concern further deepening of contradictions in relations between Russia and its closest partners — China and Belarus. 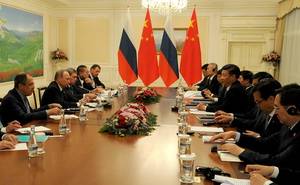 Thus, according to the results of their bilateral meeting (within the framework of the jubilee summit of SCO), Russian President V. Putin and Chinese President Xi Jinping confirmed the parties’ general approaches to key global problems, as well as the intention to continue the implementation of all previous agreements in the economic sphere. However, like the results of previous meetings between the two leaders, the majority of these intentions (including the most important for Moscow’s energy and high-tech industries), have remained intentions, that is, were not written in the form of clear agreements or contracts.

In particular, to this day have not found practical realization the previously adopted ambitious decisions on: the sale of 20 % share in China Eastern Siberian department of “Rosneft” Russian company in 2016; construction of high-speed railway line Moscow-Kazan, which is included in the project of the Eurasian high- speed Transport Corridor Moscow-Beijing; realization of the program of joint development and building a long-term passenger wide-body long-haul aircraft, as well as plans for the integration of the new Chinese project “Silk Road Economic Belt” and the Eurasian Economic Union.

At this, according to leading experts, the problems of economic relations between Russia and China have got complicated much more after the beginning of Russia’s armed aggression against Ukraine. The reasons for this are as follows: the Russian Federation’s becoming less attractive as a reliable partner for China, and USA’s threats to impose sanctions against banks and companies connected with Russia. 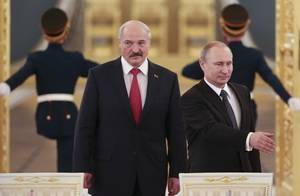 In its turn, a very significant fact was the cancellation of V. Putin’s meeting with President of Belarus O. Lukashenko, which was also planned on the sidelines of the SCO summit. At the same time, according to preliminary agreements, there were bilateral negotiations between O. Lukashenko and President Xi Jinping, as well as between Xi Jinping and Prime Minister of India N. Modi.

According to “Borysfen Intel” Center experts, this situation confirms serious contradictions between Russia and Belarus in the economic sphere. Among the signs of such contradictions, which are accompanied by elements of the actual trade war between the two countries, are pointed out the “Rosselkhoznadzor”’s next threats in mid-June to introduce a ban on the import into Russia of a number of types of meat and dairy products from Belarus due to the “…the quality being not up to Russian standards”. Moreover, June 25, 2016 Moscow imposed a ban on transit through Belarus of production from some African countries.

Even a greater potential for conflict exists in the Russian-Belarusian relations in the energy sphere. In particular, recently the head of the Ministry of Energy of the Russian Federation O. Novak announced Russia’s intention to reduce the volume of Russian oil supplies to Belarus in the III quarter of 2016 by 2 million tons more than the fixed schedule provides for. The reason for this was named Minsk’s debt for Russian gas in the amount of approximately 250 million US dollars, as well as Belarus’ not fulfilling the agreement on the reverse supply to Russia of petroleum products produced from Russian oil. In turn, Belarus is not satisfied with a significant number of exceptions to the list of goods that are not subject to duty within the framework of the Eurasian Economic Union (EAEU), as well as with significantly inflated by Russia energy carriers prices (even for Belarus!).

All this makes Belarus seek other partners, in particular among the countries of the European Union, the Asia-Pacific Region (primarily in terms of deepening high-tech cooperation with China), the Middle East (particularly in terms of greater energy and military-industrial cooperation with the monarchies of the Persian Gulf) and the Horn of Africa.

In view of the above-mentioned circumstances, political observers point out a certain change in the tone of public statements of O. Lukashenko, who now shifts the emphasis from positive aspects of the development of relations with Russia and the countries of the EAEU to the need to strengthen the independence and statehood of Belarus, as well as its state borders (the latter is most likely due to the extraordinary situation around the Russian-speaking population in the Gomel and Vitebsk regions in Belarus, which recently are actually encroached on by Russia). 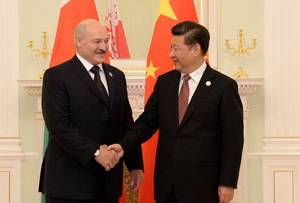 Similar problems due to the same or some other reasons also exist in the relations between Russia and other countries of the EAEU, which are also members of the SCO (Kazakhstan, Kyrgyzstan and Uzbekistan). Since the beginning of this year, the volume of mutual trade between the Russian Federation and the above-mentioned countries has been reduced by almost 20 %.

As for the bilateral negotiations between O. Lukashenko and President Xi Jinping, they were purely practical in terms of expanding and filling with actual content of the bilateral trade-economic and scientific-technical cooperation. As an example of how Belarus has been consistently fulfilling its obligations, O. Lukashenko mentioned the implementation of the project on creation of the Belarusian-Chinese industrial park “Big Stone” (aptly called by Xi Jinping — “the pearl of the Grand Silk Route”).

Following the negotiations, Xi Jinping invited the Belarusian leader to visit China on a state visit, and expressed readiness for further cooperation between the two countries in all spheres. 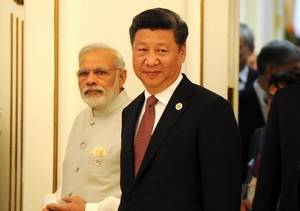 Both sides expressed their confidence in the willingness of China and India to strengthen cooperation in various spheres, to intensify communication and coordination on regional and international issues, to properly resolve the existing problems between the two countries.

According to Xi Jinping: “Common interests of China and India far exceed the existing substantive differences”. He also expressed hope for further fruitful bilateral contacts within the framework of October 2016 Summit of Heads of BRICS in India. 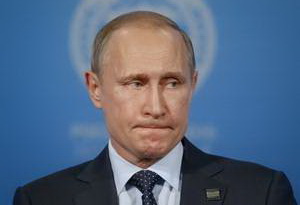 So, the above-mentioned circumstances and peculiarities of the jubilee summit on the occasion of the 15th anniversary of the Shanghai Cooperation Organization reaffirmed the purely formal character of the SCO, which is basically a kind of “club of interests” and not a really effective and influential international organization that can really withstand the West including in the worsening situation in Europe caused by the positive results of the referendum in the UK on the withdrawal from the EU.

At this, unlike China, Russia quite quickly and irreversibly is losing its leading position in the SCO.