Like the past year, the beginning of the new 2018 is characterized by Moscow’s regular information campaign to demonstrate the United States and the EU’s “readiness” for change of their policy towards Russia and Ukraine, which is allegedly confirmed by their practical steps. As is the usual Russian practice, the mass campaign involves both, Russian media and the bought by the Kremlin media, politicians and “experts” from western countries and Ukraine. At this, for the “evidence” of the afore-mentioned statements, methods of special informational influence are widely used, which include tendentious selection and interpretation of facts, as well as distortion and direct falsification of data.

In particular, an example of such an approach is the character of the Russian media’s coverage of current and planned contacts between representatives of the military and political leaderships of the United States and Russia. Being quite ordinary, they are presented by the Russian media as a “massive activation of the interaction between the United States and Russia”. Similar assessments are provided by a number of American and Ukrainian mass media, giving an impression of the reliability of Russian statements.

This is illustrated by the comments on the phone talks between the Chairman of the Joint Chiefs of Staff of the US Army J. Dunford and the Chief of the General Staff of the Armed Forces of the Russian Federation V. Gerasimov on January 10, 2018. Similar assessments are also made with regard to the plans for the first for the last four years meeting between the Supreme Allied Commander in Europe C. Scaparrotti and the Chief of the Russian General Staff, as well as the regular talks of the Special Representative of the US Department of State for Ukraine K. Volker and Assistant to the Russian President V. Surkov, which may take place in January–February of 2018.

Similarly is represented the article by F. Mogherini, EU High Representative for Foreign Affairs and Security Policy, “Twelve Things to Bring With Us in 2018”, which determines the foreign policy priorities of the European Union, but does not mention directly Russia’s armed aggression against Ukraine. This is enough for a conclusion that “the growth of the Euro-skeptic and pro-Russian sentiments in the EU” is likely to complicate the possibility of continuing Europe’s policy of supporting Ukraine and putting pressure on Russia. In support of this conclusion, are quoted statements by all sorts of European politicians, in particular the new head of the Austrian Foreign Ministry, K. Kneissl (from the ultra-right Freedom Party of Austria) regarding “the low effectiveness of the EU’s sanctions against Russia” and the Minister of Foreign Affairs of the Federal Republic of Germany S. Gabriel on “the possibility of gradual lifting of sanctions restrictions from the Russian Federation”.

At the same time, Russian media are enthusiastically “savoring” problems in relations between Ukraine and the EU, which are presented as a “failure” of Ukrainian hopes for integration into Europe. First of all, in this regard, the emphasis is placed on the European Commission’s demands to intensify the struggle against corruption and accelerate the reforms in our country in order to prolong the agreement on simplification of the visa regime with the EU.

Indeed, at first glance, all this creates a rather sad picture for Ukraine and looks like a Russia’s “victory”. However, this is only at first glance. Dirty Russian propaganda’s misdiagnosis, as always, is refuted by real facts.

Firstly, neither the USA, nor the EU, nor the leading European countries, have ever refused to engage in dialogue with Russia, as well as with other troubled countries, including with Iran, North Korea and Syria. The devil is in the essence of such a dialogue. Regardless of with whom and at what level such a dialogue takes place, from Russia would always be demanded one and only thing, namely, the fulfillment of the Minsk agreements and the return of the Crimea to Ukraine. In particular, at the beginning of January this year, the firmness of Washington’s position on this issue was reaffirmed by US Secretary of State R. Tillerson. According to him, Russia’s fulfillment of such requirements is a prerequisite for the normalization of US-Russian relations. An indication of the steadfastness of the USA’s intentions to support Ukraine was also a fundamental decision regarding the provision of lethal weapons for the needs of the Ukrainian Army.

Secondly, the leadership of the European Union has not excluded Ukraine from its priority spheres of interest for 2018 at all, and by no means is going to lift sanctions against the Russian Federation or to give up the policy for containing Moscow. Thus, in the above-mentioned article by F. Mogherini, one of Brussels’ priorities is the continuation of cooperation with Ukraine and other eastern partners of the EU for the sake of their rapprochement with Europe. In addition, special emphasis is placed on the launch by the EU Member States of the Permanent Structured Cooperation on security and defence (PESCO), which is the answer to the growing threats from Russia. The article points out the EU’s plans for close cooperation with NATO in the security sphere. This actually confirms the European Union’s support for NATO’s priorities for enhancing Europe’s defense capabilities on the eastern direction.

Against this background, an indicative sign of the unchanging European policy towards Russia was the decision of the EU Summit of December 2017 on maintaining the sanctions against the Russian Federation for its violation of Ukraine’s sovereignty and territorial integrity. Strong intentions regarding the continuation of such a policy were also expressed by Bulgaria, which, from January 1, presides in the EU. By the way, Austrian Foreign Minister K. Kneissl, who seems to be pro-Russian, was the first to congratulate Ukraine on the new 2018 year and expressed her support for our state.

Thirdly, the leadership of the European Union does criticize Ukraine for shortcomings in fulfilling its obligations to the EU. However, this is a normal practice that Brussels applies to both members of the Organization and its partners. In particular, Greece, Romania, Bulgaria, Hungary, Poland and other EU countries are systematically criticized and even sanctions are used, but this does not mean that their European integration is to be stopped. 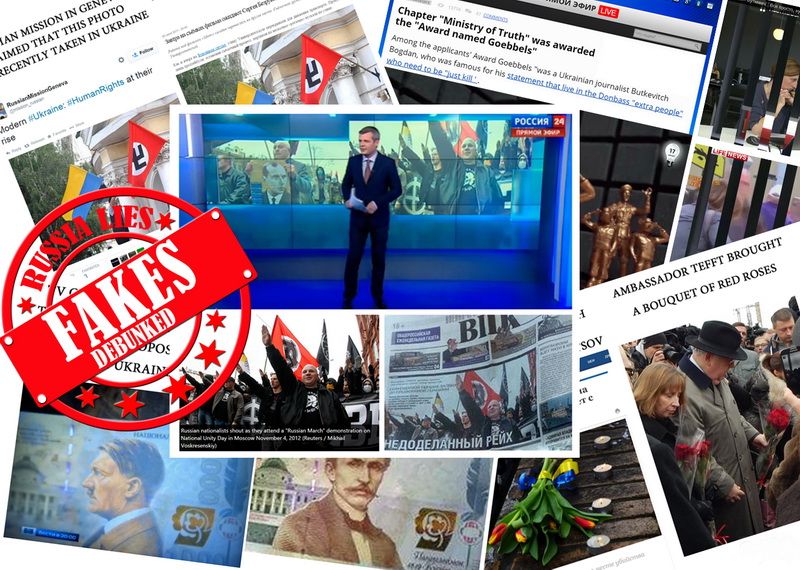 It is clear that the above-mentioned facts are no reason for Ukraine’s self-complacency, instead, it needs to intensify its efforts to strengthen the state, solve social and economic problems and continue the process of moving to Europe. In turn, Russia’s fabrications concerning the possibility of improving its relations with the West are no reason for celebrating its “victory” over Ukraine. Moreover, unlike at the beginning of last year (after the election of D. Trump as the President of the United States), today Russia can only hope for margins in Europe (which once again shows the depth of the fall of Putin’s regime).

I wonder if this is understood in Moscow? Apparently, “intelligent understand”, while others are trying to rejoice in their hopes for the better, which is especially important for Russia’s leadership in the context of the approaching presidential elections in the country. It is at support of such expectations that the Kremlin’s information campaign is aimed, and the closer the elections, the more intensified it will be getting. At the same time, it aims at undermining the spirit of the Ukrainian society in order to reduce its ability to counteract the Russian Federation.