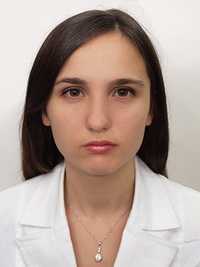 student at the Institute of International Relations of Taras Shevchenko National University of Kyiv,

The Association Agreement between Ukraine and the European Union (AA) fixed the term “European nation”, which is interpreted differently. It is said to be evidence of belonging to the European region and of the observance of the democratic principles that are practiced by all European states. But most of all this phrase refers to the country’s pattern of behavior. That is, first of all, the population of a country should have the legal culture and legal consciousness. Those are not some ephemeral or non-existent fuzzy concepts! And legal nihilism, which, unfortunately, today is observed in the Ukrainian society, influences our lives very much. And given the fact that the foreign policy priority and strategic goal of Ukraine is to join the European Union, it is important to understand what the legal nature of this organization is and why absolutely all experts, researchers and scientists, speaking of supranational integration associations and organizations, in the first place call the European Union. 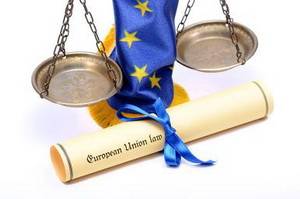 Indeed, the EU is supranational by its nature and this influences the processes of economic and political integration as a whole and the functioning of this integration association in particular. Besides, supranationality is also an integral part of the legal nature of the European Union. Consequently, the question of a supranational nature of the European Union is of current interest and important. That is, we must clearly understand how the EU’s law will influence the national law of Ukraine.

The main concept of the determination of the legal nature of the European Union is the concept of the special nature of the Union as an organization sui generis. It is an integration association, characterized by supranational elements of the rule of law and direct action of the norms. This is supported by not only a sufficiently large number of supporters (L. Hrytsayenko, V. Muravyov, V. Opryshko, etc.) of this theory, but also by the 1994’s conclusion of the Venice Commission on the form of organization of the European Union. It states that “…the EU is an international organization of supranational character, which, however, has a certain number of elements of confederation or federation.”

Thus, in the law of the European Union, experts and researchers point out the following supranational elements:

Among the above-mentioned elements, the following ones deserve the closest attention:

This element is directly connected with the following:

Two other elements we will analyze separately, because today there is every reason to believe that the European Union has lost them:

Besides, today, the established agreements are saying nothing of the “supranational” character of the European Union. Article 9 alone of the Treaty on Establishing of the European Coal and Steel Community (ECSC) of 1951 mentioned that the member states were obliged to respect the supranational nature of the members of the High Authority and would refrain from any actions incompatible with the supranational character of their functions. However, in 1967, with the entry into force of the amendments to the Treaty, this provision was left out.

In connection with Ukraine’s further integration into the European Union (first steps in this direction have already been made, and from January 1, 2016 the Free Trade Area will function between the EU and Ukraine), the elements such as the primacy of the EU law and the direct effect of its provisions, will be a must for us. Especially because today some of the provisions of the AA are already working. But further development of Ukraine’s integration into the European Union necessarily requires making appropriate amendments to the internal (national) legislation of Ukraine in order to create preconditions for the action of secondary legislation of the European integration associations in the national legal order of the country. 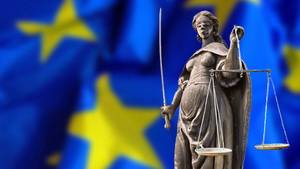 So, we can conclude that the “European integration” Article in the Constitution of Ukraine would be very appropriate, relevant and necessary (especially because now a draft of the new Constitution of Ukraine is being developed). A provision on the European choice of Ukraine should be fixed in the Preamble or in Chapter I of the Constitution (like it is done in Article 11.2 of the Law of Ukraine “On the Principles of Domestic and Foreign Policy” (as amended on 23 February, 2014) and in the “National Security Strategy of Ukraine” of May 26, 2015), that would facilitate succession in its domestic and foreign policy, regardless of the change of political forces in the government, as well as the sequence in the progressive and democratic development of our state.

As you know, the Ukraine-EU Association Agreement includes some provisions through which individuals and legal entities may apply to national courts for protection of their rights provided by the Agreement. Thus, Article 93 states as follows: “Within the scope of this Agreement, each Party undertakes to ensure that natural and legal persons of the other Party have access free of discrimination in relation to its own nationals to the competent courts and administrative organs of the Parties to defend their individual rights and their property rights, including those concerning intellectual, industrial and commercial property.” Although it is not directly said here, legal entities and individuals have the ability to protect their rights in national courts, provided by the Agreement, still there are potential abilities for this. 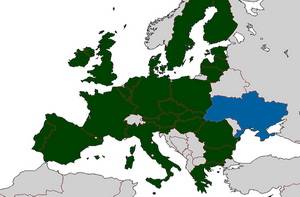 Besides, it should be noted that in the process of getting closer to the EU norms and standards, the Ukraine-EU Association Agreement gives the primary role to the harmonization of Ukrainian legislation with EU law. Thus, the position of the Preamble of the AA connects the approximation of legislation with the process of reforms in Ukraine to accelerate economic integration and deepen its political association. But in general, the harmonization of legislation covers almost all spheres of cooperation between the parties. Its tasks go beyond the realization of economic integration, since it includes reforming the economic and legal system of Ukraine.

The problem is that the functioning of Ukraine’s mechanism for organization-law harmonization of legislation is not perfect and does not meet the dynamics of development of relations between Ukraine and the EU. It is a question of establishing the limits of harmonization of Ukrainian legislation with the EU law. In particular, the “National Program of Adaptation of Ukrainian Legislation to the Legislation of the European Union” of March 18, 2004, was an attempt to reach acquis communautaire (common development — the total of legal norms, judicial decisions, doctrinal concepts, recommendations, agreements and so on, which have arisen during the existence of European integration associations, and should be perceived by candidate countries for joining the European Union without reservation, that is as a fact which cannot be negotiated) of the European Union as a whole. In practice, this means that the National Programme is aimed at providing such harmonization, which is implemented by countries, which have already overcome the preparatory stage within the framework of the Association, and are planning to begin unification. However, this approach not always meets the practice of the candidate countries for EU membership.

Special attention should be paid to the fact that Ukraine completely meets the primary criteria for membership in the EU. Since, in accordance with Article 49 of the TEU: “Any European State which respects the values referred to in Article 2 (respect for human dignity, freedom, democracy, equality, the rule of law and respect for human rights, including the rights of persons belonging to minorities) and is committed to promoting them may apply to become a member of the European Union.”

Then the European Council determines the specific conditions for the entry (having examined the existing in the state economic and political situation). That is why, as Ukraine progresses in the fulfillment of obligations under the AA, our state can apply for membership in the European Union. 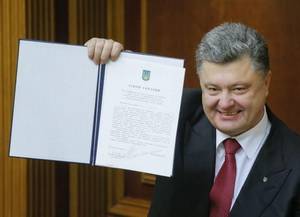 Despite majority of experts, scientists and researchers’ estimates, concerning the presence and strengthening of supranational elements in the law of the European Union, we are seeing the reverse process, as evidenced by fairly convincing arguments. Thus, the powers of the institutions of the European Union is now clearly determined in the founding treaties, and the member states’ right to disaffiliate with the organization is enshrined.

Besides, new challenges and threats arising today in the process of development of the EU, namely the flow of refugees into the member states of the European Union; the indirect threat that comes from the Russian Federation (taking into consideration the latest developments we can argue that the EU/NATO/USA and Russia are actually in a state of “cold war”, which is clearly seen against the background of the Russian-Ukrainian and Russian-Syrian problems); Great Britain’s desire to leave the EU, and so on — put on the agenda the need for the cooperated, coordinated, and strong partnership of the EU member states.

For our country it is important to clearly decide on the ratio between the rules of international and national law. And if the legislative enshrining of the priority of the European Union’s law in the Constitution of Ukraine is not reflected in the Constitution of Ukraine, then for this purpose can be used the provisions concerning international law. While it is desirable in the future to enshrine the primacy of the EU law because it involves the use of measures that would ensure the most efficient functioning of the law of the European Union. Therefore, it is assumed that it is necessary to introduce a “European integration” Article into the Constitution in the Preamble or in Chart I of the Constitution, which would facilitate the succession of domestic and foreign policy, regardless of the change of political forces in the government, as well as the sequence in the progressive and democratic development of our state.

So, our country’s agenda includes the adaptation of the legislation, priority spheres of which are determined in the Association Agreement between Ukraine and the EU. At this, it is assumed that the ways for harmonization (they are defined in the Association Agreement) will be as follows: Ukraine’s accession to the international legal instruments that enshrine international standards in a particular sphere; harmonization of the provisions of national legal acts with provisions of resolutions of the EU institutions; adoption of domestic legislation acts, provisions of which must meet the standards of the EU law; mutual recognition of national standards of Ukraine and the EU.