Within the framework of the implementation of the EU-Ukraine Association Agreement, the European Union leadership is taking consistent measures to provide financial and economic assistance to our state.

February 21, 2018, the Committee of Ministers approved the Council of Europe Action Plan for Ukraine 2018–2020. The estimated budget of the Plan is 29.5 million Euros, which is allocated from the European Union’s funds, and from budgets of individual EU member states and partners of the Organization, including Switzerland, Norway, Denmark, Sweden, the Netherlands, Ireland, Czech Republic, Lithuania, Hungary and Liechtenstein.

The main measures of the Plan include support for reforms in Ukraine in order to bring legislation, institutions and practice further into line with European standards in the areas of human rights and democracy. The plan is a strategic document in the field of cooperation between Ukraine and the European Union and is designed for four years. Key partners from Ukraine are central and local government bodies and non-governmental organizations.

However, representatives of the European Commission’s leadership express doubts about Ukraine’s ability to master the funds allocated. In particular, this opinion was expressed by Deputy Director of the Directorate-General for Neighbourhood and Enlargement Negotiations of the European Commission K. Mathernova. According to her estimations, some of the economic projects offered by Ukraine have significant disadvantages, which creates obstacles in their implementation. That was the reason why Ukraine did not receive about 5 billion (Euros) that could have been provided to it by Western donors in recent years.

A significant concern for the EU is also the deterioration of the political situation in Ukraine, namely: certain political forces’ demands for holding early presidential and parliamentary elections. According to the Head of the EU Delegation to Ukraine H. Mingarelli, the priority of Ukraine today is the successful implementation of the already launched reforms, which needs stability in the state. In view of this, holding early elections in Ukraine is inappropriate and can only stop the development of the country. The same opinion is expressed by a number of European experts who consider the demands for early elections purely Russian idea, which is carried out through all sorts of populist movements in Ukraine in order to increase tension in the state and return to power pro-Russian forces.

Proceeding from the achievements and problems in Ukraine, the European Union recommends our state to concentrate its efforts on the following main tasks:

firstly, strengthening the rule of law in Ukraine. In particular, the emphasis is placed on the need for the speedy creation of the Anti-Corruption Court on the principles proposed by the Venice Commission;

secondly, raising the level of security in Ukraine. In this regard, it is recommended to speed up the process of implementing the decision of the Verkhovna Rada of Ukraine on the establishment of the National Security Service. Besides, extremely important is the reform of the National Police, including with the participation of experts from the European Union;

thirdly, implementation of privatization plans for state-owned enterprises, as well as restructuring and rehabilitation of inefficient and unproductive industries. The EU supports such efforts and hopes for successful results already in 2018;

fourthly, implementation of land reform, which will allow to realize the potential of the agricultural sector of Ukraine, including to increase production and improve the quality of products, as well as to create new jobs. Thus, the phenomenon of emigration from the country will be stopped;

fifthly, in order to solve the problem of emigration, it is necessary to intensify work on making young people believe that their own and their families’ future is in Ukraine and not in other countries.

In particular, these recommendations were made by Head of the EU Delegation to Ukraine H. Mingarelli on the sidelines of the 14th Annual Ukraine Investor Conference — Dragon Capital on March 1, 2018.

Of great importance to Ukraine is the support of the European Union and individual EU countries in its confrontation with Russia.

Thus, after a recent visit to Moscow, Federal Chancellor of Austria S. Kurz blamed Russia for the conflicts in the East of Ukraine and in Syria. At the press conference on February 28, he said that Austria is ready to contribute and ensure a lasting peace in Ukraine. At this, the settlement of the conflict in the Donbas was called the main prerequisite for resuming cooperation between the European Union and Russia. In this context, S. Kurz called on the leadership of the Russian Federation to fully implement the Minsk Agreements. In fact, the press conference of the Federal Chancellor of Austria completely refutes the assertion of the Russian media about his allegedly pro-Russian policy and supporting Moscow’s interests.

The European Union also keeps in view the Crimean problem. According to the Member of the European Parliament R. Harms, the question of returning the Crimea to Ukraine should be considered much more seriously and it should become more of a topic of international negotiations and corresponding actions. In this regard, the MEP stressed the importance of continuing the strategy of non-recognition of the Crimea’s belonging to Russia and prolongation of sanctions against Russia over the Crimean and Donbas issues. At the same time, according to R. Harms, Russia will not return the annexed Crimea to Ukraine while Putin is in power.

Along with this, the European Union has supported Ukraine in the new “gas conflict” with Russia as a result of the Russian Gazprom’s terminating contracts with Naftogaz of Ukraine. Thus, the European Commission has expressed confidence in Ukraine’s ability to ensure domestic gas needs from its gas storage facilities. According to European Commission Spokesperson for Climate Action and Energy, Transport Anna-Kaisa Itkonen, the European Commission had been informed by the Ukrainian authorities of a possible emergency situation due to a decrease in Russian gas supplies from Gazprom and is ready to mediate in the negotiations between Ukraine and Russia. 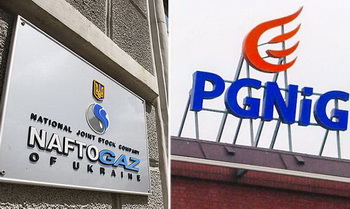 The active policy of the EU leadership in ensuring both European and Ukrainian energy security allowed to overcome the negative consequences of Russia’s “gas wars” against Ukraine and Europe in 2005–2006, 2008–2009 and 2013–2014, as well as to eliminate the dependence of our state on Russian gas. This position of the European Union remains at the present time. Evidence of this was the prompt conclusion of a contract between Naftogaz of Ukraine and the Polish company PGNiG on Ukraine’s purchase of 60 million cubic meters of gas in March 2018.

In general, the above-mentioned circumstances confirm the preservation of the European Union’s positive attitude to Ukraine and readiness for further deepening of cooperation with our state. At the same time, a number of comments and recommendations are made by European partners on improving the efficiency and effectiveness of cooperation between the parties.