December 9, 2016 in Brussels ended the trilateral (the EU, Ukraine, Russia) negotiations on deliveries of Russian gas to other European countries during the winter 2016/2017. According to many media reports, the talks ended without result. They were initiated and organized not by Ukraine, and concerned, first of all, the theme of Russian gas transit through Ukraine to the EU. To be exact: the Europeans and the Russian Federation are concerned that there are about 15 billion cubic meters of gas in the Ukrainian UGS, while Russia (and with it, the EC) has always argued that for guaranteed supplying 17-19 cubic meters are needed, as it was previously. 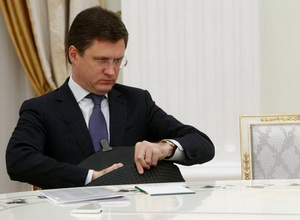 At first glance, the negotiations really ended without results for the supplier and the consumer, because no final document was signed, which would be a legal guarantee of transit of Russian gas to the EU. That is, neither the seller of gas — the Russian Federation, nor the consumer in Europe cannot be satisfied with the result of the negotiations — they did not reach their desired goal. What cannot be said about the Ukrainian delegation, which although did not get what it wanted, but did not lose either.

Ukraine’s interest as of a transit country differs fundamentally from the interests of the supplier and the consumer. Especially now, during the war. In the context of the above- mentioned negotiations, both, the Russian and the European delegations made interesting proposals to Ukraine. Of course, such proposals were accompanied by certain promises and ultimatums. But the Ukrainian delegation perhaps for the first time did not make concessions neither to the Russian, nor to the European side.

Now it is hard to say what exactly guided the Ukrainian delegation in Brussels on 9 December 2016. But we can state that its actions did not harm Ukraine’s national interests.

Rhetorically, among other things, the question remains as to when gas companies were telling the truth — earlier, when they (Ukrainian, Russian, and European ones) asserted that to guarantee any (even very cold) heating season, in Ukrainian underground storage facilities there should be not less than 17-19 billion cubic meters of gas — otherwise there would be a disaster; or now, when de facto before the start of the heating season there was not more than 15 billion cubic meters? Of course, the most objective answer will be given by the winter. However, in such calculations even during designing the GTS (in the 1960s-1970s), and today the estimated faulty proportion of 11-27 % — is unacceptable.