A five-star scandal between the Naftogaz Ukrainy and Russian Gazprom is developing around the contract of January 19, 2009 on the supply of Russian gas to Ukraine. The ground for this was the special decision of the Stockholm Arbitration (May 2017), which is undoubtedly a success, a triumph of justice for our state. After all, this and the transit contracts absolutely do not suit us.

By the way, a number of provisions of these contracts were publicly and objectively assessed as negative from the point of view of Ukrainian national interests 8 years ago. There is no point to repeat these estimates. But a detailed legal and juridical analysis will be more appropriate after the publication of the Stockholm Tribunal’s final decision.

It’s amazing that before, since 2009, no one mentioned about those gas contracts. All of a sudden — a great scandal! 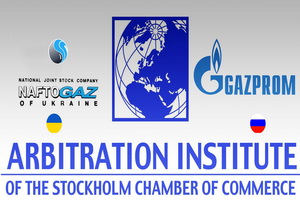 By the way, back in 2009, criticism of both gas contracts was perceived ambiguously. And today, the condemnation of the same provisions by Stockholm arbitration is already being perceived as the true. Alas, but “we have what we have”, or rather, what we had been imposing for centuries and have successfully largely imposed: someone else’s is better than our own. It has once again become apparent that objectivity is often overshadowed by populism. In this context, it should be noted that there are many persons who then, in 2009, furiously defended these contracts, and now they are condemning them. So I can’t help asking: where is the conscience of these figures, where is their responsibility, dignity, etc.?

Some are again trying to “attach” to the process of agreements on further import of gas to Ukraine and its transit through our territory the then President of Ukraine. But I will remind you that he could not influence the government structures, because it was not in his competence!

In particular, the “truth-lovers” claim that, allegedly under V. Yushchenko’s order, at the end of December 2008, the representative of Naftogaz Ukrainy (the structure that is subordinated to the Government) did not agree to an acceptable price for gas. Although in fact that agreement was allegedly reached at the level of the head of Gazprom, who said that that price had yet to be agreed with the Prime Minister of the Russian Federation V. Putin. And the latter, apparently, did not approve the price that was acceptable to us. However, there is no mention of this.

Besides, it is asserted that this representative of the Naftogaz Ukrainy was kind of recalled (from Moscow to Kyiv) from gas talks in the RF on the instructions of the President. At this, no evidence is provided.

At the very least, it is surprising that we are only now in our midst looking for those guilty of signing the gas contracts of 2009 (that is, the one who officially agreed to the enslaving terms of gas imports). But we are not even trying to find out other factors: what alternatives for Ukraine were there at that moment; who did and who did not do what for using them; how were our foreign partners behaving themselves, etc. Now, for example, there are technical abilities to import gas from Western countries and to completely abandon the supply of Russian gas. Then, in 2009, there was no such alternative to imports from the Russian Federation. 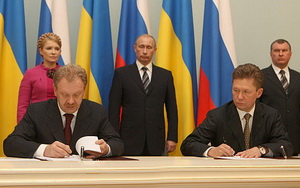 Of course, we need to find out all the circumstances and name all those involved in the formation of an agreement with the slavery terms of gas imports (from the point of view of Ukraine’s national interests). First of all, it is necessary to immediately remove all those involved from the decision-making process. Then, after a detailed clarification and recognition of the negative role of certain individuals in the conclusion of those contracts, never let them to certain positions and to decision making at the level of the government, at least to avoid such mistakes in the future. However, such a thorough clarification should be conducted in a calm atmosphere, and not during military operations and internal destabilization in the country.

The priority in the gas context now, apparently, should be finding out where, who and how drafted those contracts (it is doubtful that they were prepared in Ukraine); how they were signed; whether those contracts were part of a military scheme; what methods of anti-Ukrainian coercion were used; what alternatives the signatories representing the Ukrainian side had; between what and what the signatories had to choose, etc.

Today, if in a classical military scheme the phase “artillery preparation” is replaced by the “gas attack” phase, we get the modern scheme of the Russian-Ukrainian hybrid war: gas attack — the Kharkov Agreements — the annexation of the Crimea — military operations in the Donbass — destruction in Ukraine.