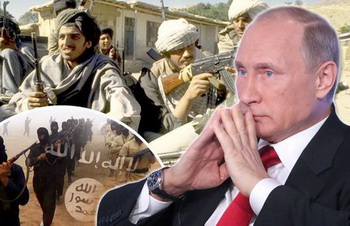 November 9, 2018, Moscow hosted negotiations and consultations with the participation of the Taliban on “peaceful settlement in Afghanistan”. The talks were attended by representatives of Russia, India, Iran, Kazakhstan, Kyrgyzstan, China, Pakistan, Tajikistan, Turkmenistan and Uzbekistan. The United States was also invited, but its representative was not there.

Here one should understand that Russia is not a direct participant in the negotiations, but acted as an intermediary and provided a place for the meeting. And here again the question arises: “Why did Russia go for legitimization of the Taliban movement, which in itself is recognized as a terrorist organization?”

It should be borne in mind that for April 2019 presidential elections are scheduled in Afghanistan, and Taliban’s coming to power is quite a real prospect.

Moscow’s believing in the victory of the Taliban makes it establish contacts with them in advance to have contacts in the future in order to maintain stability in the Central Asian southern regions where the ideas of the Taliban and the “Islamic state” are widely spread among the Muslim population.