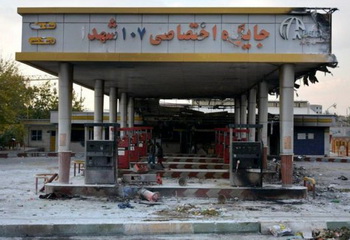 Will the Iranians Have Patience for Long?

Protests in Iran sprang up on Friday, November 15, when the government cut fuel subsidies and doubled petrol prices. The officials said that “this is a care for poor people, because the savings will be used to pay them financial aid”. According to the Iranian Fars news agency, rallies and mass demonstrations took place for three days in more than a hundred settlements. Fars news agency reported that the protests involved about 90,000 citizens, the vast majority of whom were men (82,000). Small groups of protesters attacked police, set on fire bank offices and shops, and some destroyed Muslim symbols. All in all, about 150 local financial institutions and shops, both public and private, were destroyed. The police detained more than a thousand protesters and killed 25 people.

The reason for this year’s mass protests is the difficult economic situation of Iran. In recent years, the Islamic Republic of Iran has been investing enormous budgetary resources in expansionist policies, the cornerstone of which is the IRGC. Exporting the Islamic Revolution is still one of the main tasks of the clerical regime. Three wars in Iraq, Syria and Yemen, strong financial support for terrorist groups throughout the Middle East, active operations of the IRGC’ “Quds” special forces in Southeast Asia and Latin America, in fact, pump about 65 billion US dollars a year from the budget which is 400–450 billion US dollars, and this is making it difficult for Iran’s unbalanced economy.

At the moment, the Iranian government has made some concessions and turned mass protests down a little. Will the Iranians have patience to carry the burden of the regime on their shoulders for long?