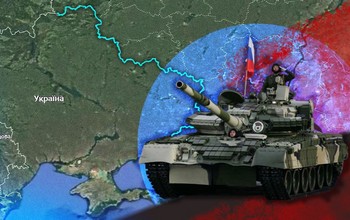 “There Were Mistakes of Our Leadership. The Russians Also Failed”

Ivan Sichen, an expert of the Independent Analytical Center for Geopolitical Studies “Borysfen Intel”, commented on the situation on the front lines for Gazeta.ua

The occupying forces of the Russian Federation quickly advanced in the south of Ukraine due to the mistakes of the country’s leadership and local authorities. However, the Armed Forces of Ukraine managed to quickly stop the offensive, because the Russian intelligence miscalculated. This was told in the comment to Gazeta.ua by military analyst Ivan Sichen.

“It seems that the Armed Forces of Ukraine were not ready to immediately fight back in the south. To the last minute, our political leadership did not believe that Russia would launch a large-scale attack. Therefore, Kherson did not defend itself. Crimean isthmuses could have been covered with artillery strikes. And no one would have done anything to us. It is possible that there were some subversive actions by local authorities. I will not talk about betrayal yet. Officials could have been reluctant to fight. They could have thought that it was some kind of provocation by Russia. Although they knew about the threat of an attack from that direction”, Sichen says.

Russia was not taking classic measures to prepare for war, the analyst emphasizes.

“In 2014, they were preparing, the offensive was obvious. This was not the case now. The Russians were wrong – they thought they would capture Ukraine within three days. This showed a complete miscalculation of the Russian intelligence”, says Sichen.

The main efforts of the Russians are now focused in the direction of Izyum in Kharkiv region to put pressure on the Ukrainian troops in the area of Operation of the Joint Forces, the analyst adds.

“At the same time, they are preparing to attack from the ORDLO. To block Ukrainian troops and destroy them. They are also trying to create a buffer zone around the Operation of the Joint Forces in Kharkiv, Dnipropetrovsk and Zaporizhzhia regions. It is important for the enemy to keep the land corridor to the Crimean Peninsula. They are also trying to strike a distracting blow from the south towards Zaporizhzhya and from Kherson region towards Kryvyi Rih. But there is not enough energy to do all this simultaneously”, says Sichen.

The large-scale offensive promised by Russia has been going on for two weeks, but progress is minimal, the analyst explains.

“They managed to capture only most of Mariupol, and at great cost. They are trying to move forward, but we manage to hold them back. The situation at the front is in a state of dynamic equilibrium”, says Sichen.

The Russians will try their best to stay in the south of Ukraine, the analyst believes.

“To do this, they need to create pseudo-republics. In addition, it will show their population that Russia is supposedly welcome in Ukraine. They can hold these referendums, but they will not matter to us. We will still liberate these territories. Now even the Minsk agreements are not valid. It will all depend on who manages to maintain control by military force”, explains Sichen.