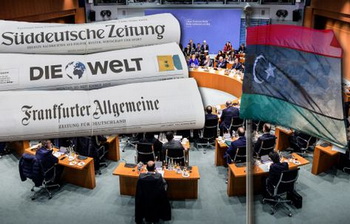 In recent years, tensions around Libya have been increasing. Not least because world oil prices depend on it, making it an important geopolitical player.

The only effective mechanism for resolving the crisis in North Africa could be a UN peacekeeping mission. Who is ready to participate, who will be invited to participate will be known after the relevant UN decisions are taken in New York.

Ukraine has considerable positive experience of participating in UN peacekeeping missions. It will be used in Libya — we will hear later. Time will also tell if this issue is urgent for Ukraine itself. From the geopolitical point of view, such participation in the UN peacekeeping operation is quite reasonable. Even with our losses in the Donbas due to the Russian war in Ukraine. By the way, it is quite possible that during such a peacekeeping operation the representatives of the Armed Forces of Ukraine will meet with representatives of the Armed Forces of the Russian Federation. Or even with the Russian mercenaries the Kremlin officially denies…

In today’s globalized world, there are no isolated regions and isolated topics in international relations that do not affect the world events. Syria, Libya, other regions of the Middle East and the African continent, etc., also play a serious role in shaping the vectors of international relations of countries-geopolitical actors, namely the United States, China, Russia and the EU. So far indirect, these so-called influences can later turn into real challenges for Ukraine as well.