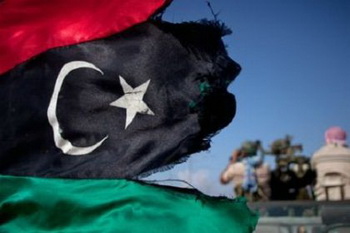 An international conference on Libya was held on the 19th of January in Berlin. The main issue would seem to be the ceasefire and the establishment of a peace in the country. But the impression was that the participants were only probing each other, trying to identify and consolidate their positions. Today, the situation is complicated by Libya’s having become an instrument of pressure in relations between the two countries — Turkey and Russia, a kind of an apple of discord between them and the European Union.

Turkey is extremely annoyed by Russia’s intervention and Saudi Arabia’s activity in Libya. In Syria, Ankara has managed to cope with its enemies and its temporary ally, Russia. It is trying to do the same in Libya, because Libya is a threat to Egypt and the Suez Canal, the control of which allows to influence the situation throughout the Middle East.

Russia’s participation in the process of settlement of the Libyan conflict and cooperation in this matter with Turkey clearly testify to the decline of Russia to the level of a regional state. In the past, Moscow used to consult with Washington and was directly involved in world affairs, and now its level is Turkey, Syria, Libya, Saudi Arabia, Egypt.

R. Erdogan did win specific achievements in Syria (he acquired the S-400 air defense system from Russia, expanded Turkey’s territories at the expense of Syrian Kurdistan) and made Moscow retreat in Libya. While Russia got a permission for “joint patrols” on the Syrian border and the mythical “friendship” with Ankara.

Whoever manages to control Libya will win this bloody war.