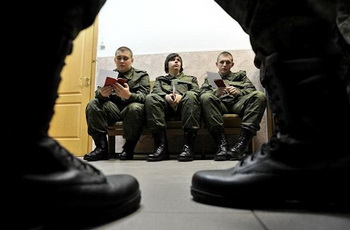 In Russia, technical mobilization has been announced as a reaction to the defeats on the island of Zmiinyi and in Kherson region. Small victories in Luhansk region are not enough for Russian President Vladimir Putin. Military expert Ivan Sichen told about this in his comment to Gazeta.ua.

“Belgorod was dealt a rather significant blow. It’s hard to say by whom. The same is happening in the cities of Kursk and Bryansk. We have not seen what happened in Belgorod. I assume that this is all being done to announce the mobilization. Perhaps Russia is preparing for an escalation of hostilities. The Russians have some successes in the Donbas, but they are small ones — the capture of Sievierodonetsk and Lysychansk. We forced the occupiers to leave Zmiinyi (Snake) Island. In Kherson region, the offensive is slow, but progressing. Therefore, there is a reaction to this in Russia”, says Sichen.

Strikes on Belgorod are needed by the Russian Federation in order to take the war to a new level, the expert emphasizes.

“Many people in Russia are already sick and tired of the war. There is a tendency that they do not want to fight. Therefore, the Kremlin needs to defeat these sentiments. Young people do not want to serve. All this should also be considered through the prism of the fact that there is a huge struggle for power in Russia”, says Sichen.

The announcement of the mobilization will not help Russia, because the preparation will take time, the expert adds.

“If you read local newspapers, there are two or three military obituaries every day. People see them. And some conscripts will simply run away. A social explosion may also occur due to such a mobilization. On the other hand, people will have to be taken out of work, from the same factories. They need to be armed, placed somewhere, trained. It’s at least a month. It will be an act of desperation for Putin if he goes for it”, Sichen stresses.

Moscow needs additional forces to attack the Donbas and fight for new territories, the expert explains.

“Russia wants to prevent us from liberating the south of Ukraine. It is possible for Russia to advance in other directions, but it requires at least a month or two of preparation time. Therefore, most likely, the Russians will concentrate their forces in order to hold their positions in the Donbas, Kherson region, and Zaporizhzhia”, Sichen says.