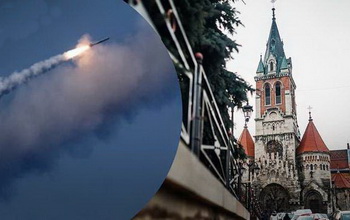 Russia seeks to expand the map of missile fire to make it dangerous throughout Ukraine. The Kremlin is also trying to disrupt the supply of Western weapons to Ukraine and Ukrainian grain to the world. To provoke famine and refugee flows to Europe and the United States. This was stated in a comment to Gazeta.ua by military expert Ivan Sichen.

“The Russians are trying to expand the map of shelling so that the whole of Ukraine suffers. That it is dangerous everywhere. They target rail infrastructure to disrupt arms supplies. In the west, military units are also formed, which are then sent to the front. This is the region of the rear, with training grounds where equipment comes. Some companies from the east and south have moved to the west, and the Russians are also trying to destroy them”, said Sichen.

By lowering people’s spirit, Russia is trying to provoke sentiment among Ukrainians to make concessions to Russia, the analyst said.

“The Kremlin is shelling Ukrainian territory from a long distance. In particular, from those strategic planes and missiles that Ukraine once gave to Russia. This is how the political leadership allegedly paid for gas. Although intelligence did warn that these weapons could be fired at Ukraine”, Sichen added.

The occupiers are gradually advancing in the Donbas, but the fighting has turned into a positional one. The Russians have not had much success, says the analyst.

“That’s why the Russians are engaged in missile terrorism — destroying our infrastructure. But this is not of strategic importance at all either. Because our western partners can repair the equipment in their countries”, says Sichen.

The occupiers are also destroying Ukrainian grain — they recently hit a storage facility in Mykolaiv, the analyst said.

“On the one hand, they say they will allow grain to be exported. On the other hand, they are destroying it. Not to let Ukraine sell it, and also to provoke food crisis. This will lead to the flow of refugees to Europe and the United States. That will be another opportunity for pressure to make concessions to the Kremlin”, said Sichen.