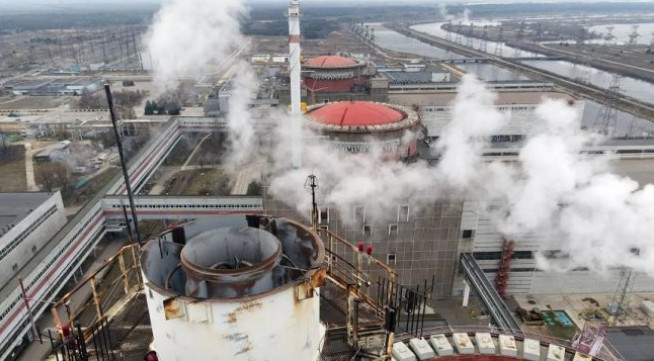 Borysfen Intel’s Expert Assessed the Situation at the Zaporizhzhia NPP

The Ministry of Internal Affairs and other emergency agencies in Ukraine are concerned about various scenarios for the development of the situation at the Zaporizhzhia NPP, which was seized by the Russian occupation forces, because the situation is becoming extremely dangerous there. Heavy weapons are stationed at the nuclear plant, and they are firing from there. But blowing up the nuclear power plant is an extreme step for Russia.

“Russia has stationed its troops, with strike weapons included, there. They know that we cannot strike the station. Because this is the threat of a nuclear disaster. The Russians use this theme to threaten the whole world. It’s hard to tell how it will end. Because, on the one hand, they most likely will not resort to taking such a step. But they can do this to slam the door. Russia can detonate something at the station and without using nuclear weapon to cause a nuclear disaster for the whole world”, says Sichen.

There are Russian nuclear power plants in several regions bordering Ukraine. And this is also dangerous, the expert emphasizes.

“The Kursk NPP is located some 60 kilometers from the front line. Accidents can also happen there. And they are happening now. But blowing up the nuclear power plant is an extreme step for Russia. Ukraine’s success on the battlefield could be the last straw. Russia is ready to destroy the whole world if it is not there. And everything is getting closer to Russia’s meeting its end. Anything can happen under Putin’s regime. But I hope that common sense will prevail among those people. The Russian army began to fall apart, and it is not clear what happens to it next. The same problem is with nuclear warheads. That’s why it’s worth preparing for everything”, says Sichen.