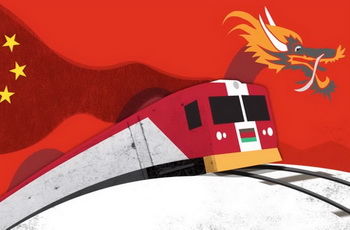 The Belt and Road initiative is undoubtedly China’s geopolitical strategy, which Europe, unfortunately, has not realized yet and does not care about its own geopolitical strategy. Europeans should take care of their own interests, clearly separating them from the global ones, as the United States and China are doing today. China, in turn, skillfully uses human weakness, seducing with financial dividends or illusory prospects and corrupting Europeans with loans that will have to be paid for by national interests. But it will be later, when the term of the current European leaders expires. That is why no one worries about making lossmaking decisions or the lack of strategic state thinking in relations with China today.

As for Ukraine, its chances of being included in promising projects under the Belt and Road initiative are being lost. Including because of the war and the unstable situation in the Ukrainian East. Besides, its container and rail carriage fleet has long been privatized and controlled by the aggressor country — Russia.

Shipping and, especially, container shipping, which could be used by Ukraine as part of China’s strategic initiative, are also out of reach. The only promising sea container port, Chornomorsk (formerly Illichivsk), has been leased to China on disproportionately unfavorable terms.

Air connections using Ukrainian transport aviation can be considered Ukraine’s potential, but given the cost of transportation and other economic indicators, they do not correspond to the Chinese strategy.

…Meanwhile, north of Ukraine, through Russia, Belarus and further — through Poland, trains are running intensively, interstate economic and political structures are functioning. And all — in favor of Europe and China, and the same the Belt and Road.