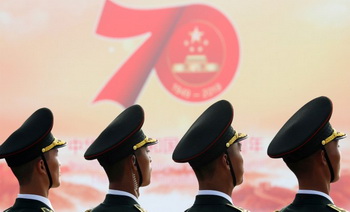 Leading European political experts and geopoliticians’ attention was attracted to the celebration of the 70th anniversary of the People’s Republic of China.

The experts who watched the parade draw conclusions about directions of military-technical thought in China, priorities for the country’s development, and the goals of the military and political leadership of the PRC.

In fact, China’s geopolitical stability in the world continues to be based on a balance of strong economic growth and the development of strategic initiatives such as “One Belt, One Road”.

On the other hand, there is an unprecedented pressure of military force on opponents and geopolitical adversaries by developing and demonstrating national capabilities in the military sphere, exercising control over the oceans waters, so much important to and needed by China maritime routes, etc.