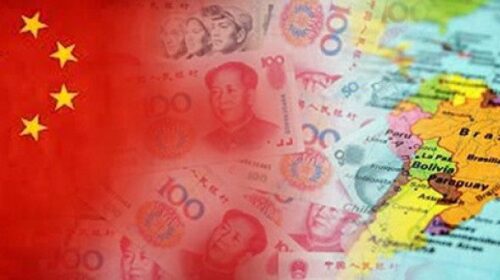 Beijing has reached the level of influence where it can impose on states projects not always needed by them, but important for China itself

By joining the World Trade Organization (in 2001), China has radically changed its policy towards Latin America. This policy is reminiscent of economic expansionism, where only own interests are defended. China’s strategic partners include Brazil, Argentina, Mexico, Venezuela, Cuba and other key players in the region. China’s activity in the region is due to the fact that with the beginning of the 21st century, the role of Latin American countries has increased in the international arena. They have become more independent in shaping their foreign policy and more proactive in world politics. The emergence of center-left regimes in the early 2000s in many Latin American countries worsened their relations with the United States, but at the same time improved relations with China.

Relations intensified with the adoption in 2013 of the Chinese strategy “One Belt, One Road” (“The Belt and Road Initiative”), where Latin America is  given a leading place in China’s foreign policy priorities. Due to some countries’ high dependence on investment, Beijing has reached the level of influence where it can impose on states projects not always needed by them, but important for China itself.

However, with the coming to power of pro-American presidents in Brazil and Argentina, these positions began to weaken. Such processes were accelerated by US President Donald Trump, who began to push China out of the region.