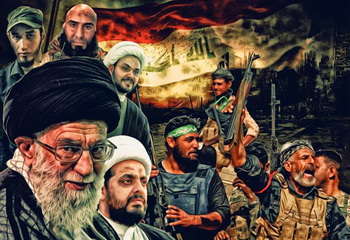 According to an old tradition, which was not invented here, at the end of the year, achievements summarized and plans for the future are made. Not to break the practice, we will talk about the Middle East, its role in the Islamic Republic of Iran on the eve of 2020 and in the near future.

The analysis of the events of the last few years shows that Iran is taking on the role of not just a major player in the Gulf region but also of a strong chain between the Far East and Europe. Iran seeks to be active on all four sides of the globe and not to be limited to its influence in the Persian Gulf, Mediterranean Sea and the Middle East.

In today’s regional conflicts, none of the countries has been as effective and active as Iran. Iran’s total spending on wars in Iraq, Syria and Yemen in recent years has amounted to about 16 billion US dollars.

Anyway, Iran has advantages over the United States and its allies in the Middle East due to its ability to wage war with widespread use of third forces. Tehran has deployed and supplied a network of bases and groups as the main tool of countering regional adversaries and international pressure. Such a policy allows Iran, without risk and additional expense, to confront its opponents and avoid direct confrontation.

The West has not quite realized that the basis of Iranian expansion is not blind faith in the capacity of legal or illegal parties and organizations such as Hezbollah and Shiite armed groups, but a balanced communication and strategic line that Tehran has more or less successfully built over the last 20–25 years, and not in the Middle East alone. Suffice it to mention Iran’s practical steps towards rapprochement with China and Russia.

Certainly, Iran works on several directions, buying time and achieving geopolitical advantage through its “policy of controlled chaos”. Iran, by all accounts, will remain an active player in the geopolitical puzzle of the South Caucasus and the Middle East. If Iran is involved (and it seeks to be) in integration projects in the Eurasian Economic Union, it will gain additional benefits in combating external economic pressures and will be able to ease internal socio-economic tensions.