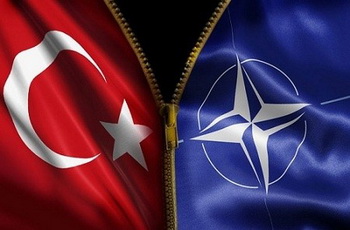 In NATO, there is a sharp struggle between old member states, which first and foremost defend their interests

Ukraine’s having recently become a NATO’s Enhanced Opportunities Partner (EOP) does not allow our country to join the Organization immediately, but it significantly enhances its role as a state actively moving in this direction. Despite the negative stance of its other European neighbors, including the key NATO countries — France and Germany — which were against granting of a Membership Action Plan to Ukraine at the 2008 Bucharest summit. Not least due to the fact that European countries have always tried and are trying to maintain economic relations with Russia. Exactly what we see today, after the RF’s cynical aggression in Crimea and in the Ukrainian Donbas. So, French President E. Macron’s constant flirting with V. Putin, as well as German Chancellor A. Merkel’s desire to pursue a “realpolitik” with Russia are real bottlenecks for Ukraine.

True, in the Alliance itself there is a sharp struggle between old member states, which first and foremost defend their interests. As, in particular, the fact that in such a confrontation, Turkey always tries to have a “principled position”. Neither NATO membership nor rather complicated history of its relations with Allied partners prevent it from being so ostentatiously stubborn.

Recently, information came from Brussels about another such principled position of Turkey in relations with NATO. According to the authoritative news agency Deutsche Presse-Agentur (DPA), Turkey has begun blocking new NATO’s joint defense plans of Eastern Europe. 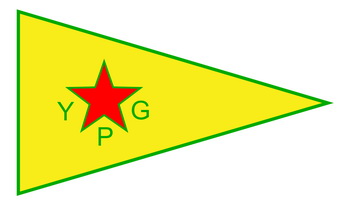 The editorial (dated June 15, 2020) of the Austrian Die Presse reported citing the DPA that Turkey was ultimately demanding that the Alliance increase its support for its national interests, in particular with regard to Kurdish militants.

Especially when it comes to joint planning of military operations using classified information. Turkey demands that the Kurdish Democratic Union Party (PYD) and People’s Protection Units (YPG) be identified as terrorist organizations, which is not perceived by a significant number of its NATO partners. They consider such a demand of Turkey inappropriate. 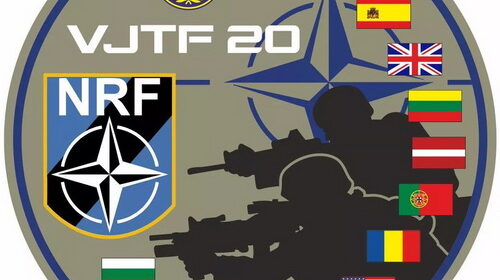 The peculiarity of Turkey’s blocking such plans is that NATO’s Graduated Response Plans (GRP) are key elements of the Alliance’s measures to contain Russia. They provide detailed information on what kind of support the Allies can count on in case of a crisis or the threat of an attack on them. These include specific action measures with the levels of alert identified for the Very High Readiness Joint Task Force (VJTF).

The development of relevant plans for the establishment of the VJTF was completed in 2015, after Russia had captured the Ukrainian Crimean Peninsula in 2014. Since then, Russia has been particularly threatening the Baltic countries and Poland.

At the latest NATO summit in December 2019 in London, the implementation of a new plan for the strategic deployment of NATO troops had prospects. At the final press conference after the summit, NATO Secretary General J. Stoltenberg announced that an action plan for the Baltic States and Poland had been agreed.

This unity of opinion testified to the ability to move forward. However, according to Die Presse, there are some themes that J. Stoltenberg did not touch upon then. For example, that such a plan should be unanimously supported by NATO partners. And one such partner (Turkey) decided to block the implementation of the joint plan for Eastern Europe…

It is also reported that NATO headquarters did not provide a clear answer to DPA’s questions about Turkey’s position. A NATO spokesperson merely said that “the Alliance has plans to protect all Allies”. NATO did not explain what plans were meant, using the secrecy of the information as an excuse. They only noted that they considered it “inexpedient to turn important and confidential information into media reports”.

Therefore, given this information, it can be concluded that Ukraine’s accession to NATO, which is determined as its foreign policy goal, is not certain. This is firstly. Secondly, even after joining the Alliance, the new member states, in particular the Baltic States and Poland, and in the long run Ukraine, will have to deal with the position of some countries for which Ukraine’s membership in NATO is not important. Thirdly, blocking the agreed (within NATO) plans for the use of troops in case of a threat to the national security of Allies or an attack on Eastern European countries (which Turkey is currently trying to do) shows complicated relations between NATO countries.

Thus, there may be difficulties in implementing plans to use Allied forces in crisis situations regarding Ukraine. Mainly through the policies of neighboring but unfriendly Hungary, or the same Romania, Italy, Germany, France, which are under Russia’s geopolitical influence.

It is also clear that the implementation of the Alliance’s joint defense plans in the part concerning Eastern Europe (including Ukraine) will not necessarily depend on bilateral relations. Turkey is currently using blocking as a political lever to influence NATO processes. In this way it is trying to achieve its geopolitical goals. In any scenario of Ukraine-NATO relations, we should take into consideration that everyone seek to cooperate with strong partners, states-subjects. Therefore, Ukraine needs to constantly increase the combat capabilities of the national Armed Forces.