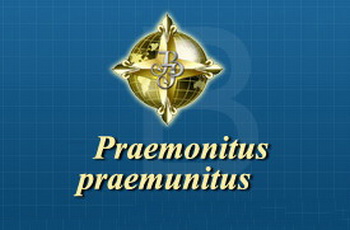 Today is the time when the state should, at last, pay attention to such an extremely important state instrument as intelligence. It is of vital importance in today’s complex world, especially for Ukraine.

The attitude to the Intelligence in Ukraine is still the Soviet one, or as it is also called the “sovok” approach — as to something super secret and mysterious, which is often very beneficial to the authorities, therefore sometimes it prompts them to use intelligence for other agendas or to use it ineffectively, when the intelligence service is assessed from the point of view of its leader’s personal commitment, and not on the results of the work, and also quite often on the principle of a pendulum, that is, from constant criticism, and on the change of leadership to praising high as the most effective structure — although it is common knowledge that the Intelligence is not created within a day or two.

One should keep in mind the “golden rule” that no major state decision in political, economic, military or any other sphere, should be taken without regard to reliable, timely and qualitative intelligence information of Ukrainian intelligence services. Not of foreign, or some others, but of Ukrainian ones, whether you like it or not. Especially when we have a war in Ukraine, when every day our state faces dozens of threats and challenges in the conditions of the “hybrid” war unleashed by Russia.

And, of course, we should answer the question: Is our intelligence able to effectively withstand these challenges?

It is worth remembering that all civilized countries are building intelligence on four, so-called, reference points: first — traditions in the Intelligence, second — the people, that is, a trained and politically unbiased professional staff, third — modern intelligence equipment, fourth — sufficient funding. What do we have in Ukraine? In recent years, the traditions in the Intelligence have been somewhat lost, people — still remain, we do have the equipment, but it should be updated. But all this depends on proper funding, which, unfortunately, as always, is done on a residual principle. But, sufficient state funding is a necessary component of the successful work of the Intelligence.

The activities of the intelligence services should be seen not as an ordinary tool, which may be dull or sharp, depending on who operates it, but as a comprehensive system of information support of national security and defense, consisting of information consumers, in the first place — the President, Premier, Minister of Foreign Affairs and others who take fateful decisions in the interests of the country. And other actors who, according to the law on intelligence agencies, are not considered to be official members of the intelligence community, but, in turn, collect and hold information in their institutions.

Today, in the postmodern globalized world, in the times of “advanced” information technology, when conflicts move to the cyber, cognitive, and kinetic level, often there is much more information than it can be processed and a high-quality end-of-the-line intelligence product can be provided. That is why intelligence faces now other challenges, as evidenced by world experience.

Today, Ukraine has no alternative to an effective coordinating body for the activities of intelligence services. It needs to be urgently created, but not as a Joint Intelligence Committee, as an advisory body, but as a body that has to function on a permanent professional basis.

And its head, with considerable experience in practical and managerial work in intelligence agencies, should become the director of national intelligence, a sort of advocatus diaboli of the President on this issue. This will allow to effectively control the activity of the Intelligence itself, the qualitative implementation of the “National Intelligence Program”, and most importantly — to prevent the staff turmoil. And all interconnections, relations and contacts in this information system (“consumer — coordinator — intelligence agencies — other involved government bodies — access to shared databases”) should be rigorously regulated in law and regulatory aspect in order to remove all obstacles to its effective functioning. This is not my personal whim. This is a requirement of the present and historical experience of many countries (ours included), written in blood.

My personal experience shows that nobody, neither the West nor the East, I repeat, no one except us is interested in Ukraine’s having modern and reliable intelligence. And this is understandable. If we have strong intelligence, it will be difficult to manipulate us. There is such a “golden rule”, it is even more important in geopolitics, especially today, when events develop extremely dynamically and rapidly, when protagonists, who yesterday exchanged threats, can now safely sit down at the negotiations table, when players of the higher geopolitical league, members of the “Nuclear club” play according to one rules, others — according to different ones, and sometimes without rules at all, as evidenced by collisions around the Budapest Memorandum — so trust, check and hold the powder dry in the powder container. And there is nothing surprising or unexpected about this. This is, so to speak, a classic of the genre.

As you can see, there is very, very much work in this direction, but it must be done, because without an effective intelligence community it will be virtually impossible to survive, win and become a self-sufficient state in this complicated and sometimes unpredictable world.

So again, I return to the foundations of building the Intelligence: traditions — people — modern technology — sufficient funding. I hope that the state will finally realize that among other things, without a modern, strong and reliable intelligence there will not be a strong state.