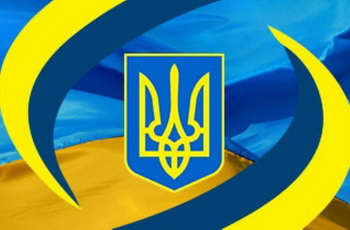 April 22, 2020, at the meeting on national security and defense, Head of the Office of the President of Ukraine, Andriy Yermak, introduced a newly appointed Deputy Head of the Office of the President, Roman Mashovets. Mr. Yerrmak pointed out that one of the main tasks facing R. Mashovets was “completing the work on the preparation of the National Security and Defense Strategy and other important documents”. In his turn, R. Mashovets stressed the importance of revising some documents related to the defense and security sector. He also said that it is necessary to establish a clear coordination and interaction of the legislative and executive branches of power with the Office of the President in order to systematically work on resolving urgent problems of this sphere.

In reading the above, a person who is more or less competent in the field of national security of the state may immediately have a number of thoughts:

First. The Law of Ukraine “On National Security of Ukraine” (Article 26) stipulates that within six months of taking office, the President of Ukraine must issue a National Security Strategy. Sorry, but you have been in the post for a year now, yet the document exists only as a project. Why give political opponents and lovers of “all is lost!” a good reason to go to court for improperly exercising presidential authority and raise the topic of “betrayal” in the media and social networks? Of course, it can be understood that at the time of the election, the winning team did not have its own strategy for resolving state security issues. But to prepare a rather laconic framework document (just in case, this is not a comprehensive state program with a huge amount of specific activities, performers, deadlines, financial calculations, etc.) — sorry, this is most likely the team’s toothlessness.

Second. We read and analyze the official information on the NSDC website of February 18, 2020: “The NSDC has submitted to the President of Ukraine for approval the National Security and Defense Strategy “Security of a Human — Security of a Country”.

During a meeting, Secretary of the National Security and Defense Council Oleksiy Danilov said that the key aspects of the Strategy are human security and security of a country…

At the same time, Oleksiy Danilov stressed that the Strategy was a declaration, the approval of which would be the basis for the development of other strategic planning documents in the field of national security and defense, which would determine the ways and tools for their implementation”.

So, it took the draft document two months to leave the NSDC and reach the stage of completion of the development at the Office of the President of Ukraine…

Third. The issuance of a national security strategy is the normative basis for the development and implementation of a number of other national security strategies (Military Security Strategy, Cyber Security Strategy, etc.). Such documents already exist in the draft format, but procedurally they cannot be submitted to the President for consideration and signing. In turn, these documents are the basis for the development of a number of other planning documents in the sphere of national security (government programs, plans, etc.). But at this level, a great role is played by the resource, first of all, financial support of the planned activities. Budget planning for 2021 is already underway. The estimated deadlines for issuing strategies and drafting other documents do not allow us to plan in advance the funds needed for their implementation for the next year. This means that during the half-term of the President in office (mid-2019 – end of 2021), public administration of national security and defense sector will be carried out mainly in manual mode rather than on the basis of a number of strategies and programs (plans) for their implementation.

Four. If there is already an almost a year-long gap in the drafting of the Strategy, what was the reason for not engaging the independent expert environment in its development and why were not held public discussions of the drafts? That would have been let many experts who are not indifferent to national security of the state realize their full potential and to avoid further criticism about ignoring the principles of democratic control over the activity of the security and defense sector of the state. The question is ultimately rhetorical.

Given the current state of affairs in the country and the world regarding the spread of the coronavirus epidemic, it makes sense to return to the previous, broader approach. Today, we see that the problem of fighting the epidemic is being resolved by all forces of the state and society, not just by the line ministry, and therefore requires a systematic approach. The author believes that the new version of the National Security Strategy of Ukraine should reflect the health care issues of the nation.

Finally, let’s draw some conclusions. An aggression is waged against our country and war is ongoing. Adequate legal framework for the practical activities of the security and defense sector is a necessity. Having a regulatory act that may have some drawbacks is better than not having it at all, even when such non-existence is justified by the desire to write an ideally perfect document.

This may have a few reasons: simply unprofessionalism, office negligence, or deliberate intent. In the first case, it is a matter of having real experts in the team. The second is the question of values and beliefs. The third is the matter of patriotism and statesmanship.

The President himself may not know the intricacies of procedural planning issues in the national security and defense sphere and relevant regulations. But for this, there must be a professional team that is able to shoulder the leader and cover his back from the “fire” of political opponents and other enemies.