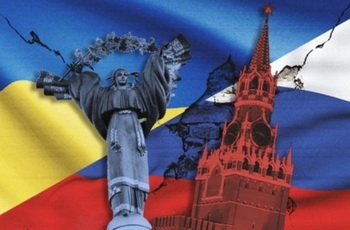 What Should Ukraine Do?

The continued pandemic of the coronavirus in the world, accompanied by increasing volatility in the global oil market, is having a significant impact on the increasingly complex international relations system. In particular, this also applies to relations between Ukraine and Russia, including: in the context of resolving the problems of the Donbas and Crimea. To date, there are two groups of trends that have the following peculiarities:

Ukraine has similar problems, albeit on a smaller scale. However, while Ukraine receives international assistance in resolving them, Russia remains face to face with all the negative factors influencing it. At this, Moscow in no way gives up its imperial policy and will not renounce it voluntarily. It will try to stick to it even in case of a collapse of the Russian Federation, as happened with the Russian Empire in 1917. Which was later revived by Moscow in the form of the Soviet Union.

At the same time, Russia’s current problems, which are no less complex than those of the Russian Empire or the USSR on the eve of their disappearing from the geopolitical map of the world, give Ukraine much more chances to defend its positions. Including, in counteracting to Russia’s attempts to regain control of Ukraine, as well as in resolving the Donbas and Crimea issues based on Ukrainian interests.

In this regard, Ukraine can count on a number of favorable factors related to the problems discussed above. In particular:

All this allows Ukraine to move to a more active and offensive course in confrontation with Russia. In this regard, it would be appropriate:

Of course, the above-mentioned suggestions are only examples of those approaches that Ukraine can use taking into account the changes in the situation in the world. Developing specific action plans for Ukraine in the new geopolitical situation is the task of the respective government bodies. However, as in any democratic state, the civil society has the right and should be involved in resolving the vital problems of its country.

Moreover, such problems are not limited to the traditional forms of Russia’s aggression against Ukraine, which we have already learnt to overcome with varying degrees of success. In case of deepening of the crisis processes in the Russian Federation, Ukraine may face new challenges and threats to its security of a completely different nature. In particular, they may include: interruptions in the supply of Russian gas to Europe and Ukraine or its complete cessation due to disruption of the Russian oil and gas industry; permanent cessation of trade and economic ties between Russia and Ukraine due to the closure of the borders and suspension of activity of enterprises; armed conflicts near the borders of Ukraine, first of all, in the North Caucasus.

And this, only at best. As mentioned above, we should not rule out the possibility of critical scenario of the development of disintegration processes in the Russian Federation, as happened with the Russian Empire and the Soviet Union. Undoubtedly, such processes would allow Ukraine to regain its sovereignty over the Donbas and Crimea. At the same time, unlike the controlled disintegration of the USSR, an uncontrolled collapse of Russia would have truly catastrophic consequences with the transformation of the post-Russian space into a zone of total chaos, disintegration of the Russian army and emergence of masses of armed people who would replenish criminal structures and armed gangs in all kinds of conflict zones. Moreover, some of them would inevitably try to break through to Ukraine. At this, massive flows of refugees would flow to Ukraine and through it to Europe.

However, the most dangerous consequence of such processes would be the threat of losing control of Russia’s nuclear weapons, which could fall into the hands of terrorists and extremists. It is this that is most troubling to the US and Europe and is holding them back from decisive actions against the Russian Federation.

Unfortunately, the issues raised today are out of the focus of the Ukrainian society and, apparently, the leadership of our country. And this is quite understandable, since the problems of the Donbas and Crimea are quite obvious and real, while critical developments in Russia is still rather a hypothetical. However, we do need to look further, in order not to find ourselves in a catastrophe.