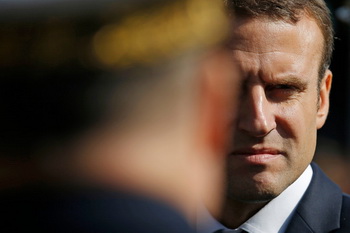 Should a European Nuclear Umbrella Be Created to Improve Europe’s Defense?

After the UK left the EU, in fact France is the only European country with nuclear weapons there. That is why President D. Trump’s demonstrably pragmatic, and even somewhat derogatory, attitude to NATO and collective security in Europe puts France in a new geopolitical position.

The announcement of France’s new defense strategy came at a time when significant geopolitical changes were taking place on the European continent. In particular, the UK withdrew from the EU, the categorical and pragmatic position of the US President regarding his country’s participation in European security system was made public, obvious became Russia’s aggressive destructive position aimed at destroying the EU and NATO, as well as the EU institutions’ incapability of reacting adequately and effectively to current challenges and threats.