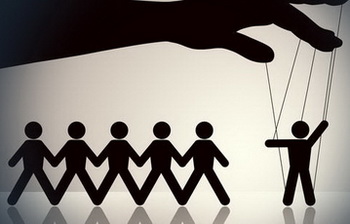 The public conflict over the issue of quarantine restrictions between the state leadership on the one hand, and the Mayor of Cherkasy (who received support from a number of other Mayors) on the other, has gained weight in the society. In this context, the idea arose to analyze the conflict of the central government with local elites through the prism of hybrid confrontation.

Let’s try to study this unpleasant situation with an emphasis on the following factors:

So, let’s start in order.

Regardless of the source of the conflict, the focus was not on objective disagreements of the parties and attempts to reconcile them, but on the communication support of the actions of the parties to the confrontation.

Of course, politicians and statesmen can master modern information technologies and actively use social networks to communicate with their target audiences. But in a crisis situation and a real threat to citizens, such a “luxury” sometimes becomes dangerous. Instead of an adequate assessment of the situation, a constructive and civilized non-public dialogue, the events began at once with the use of “heavy artillery” of mutual threats and public accusations. Excuse me, but who of Ukrainian politicians under such circumstances would refrain from the temptation to receive free political dividends in the eyes of voters?

We should look at the situation from the standpoint of third parties, especially foreign geopolitical “players”. In current conditions, there exist so-called adaptive strategies and technologies for the state to achieve its national interests. The conflict over the actions of the Cherkasy city authorities could have arisen in any way, even spontaneously. But it is important how the parties have taken advantage of this and how they, quickly adapting their approaches as events unfold, begin to actively use them and moderate the events themselves. As a result, they “take the cream” off the situation, which would have been impossible in case of the main parties’ constructive and professional approaches to the conflict.

In this regard, jumps to mind the speech made in 2013 by authoritative American military leader and politician James Mattis who aptly pointed out that state institutions must first think and then act, especially when it comes to the transition period of the country’s history.

It is difficult to assess how the direct participants in the public discussion thought, but the further development of the information campaign has all the main features of coordinated dissemination of distorted information and artificial moderation of events in the information space.

Part of the responsibility for such destructive actions lies, of course, with domestic “players.” For ethical reasons, we will not repeat the quite common in the media theses about their interests. Note that it looks rather unpleasant when on the theme of the epidemic and other problems of ordinary citizens, attempts to get political or financial dividends are made by political outsiders working on revenge projects; local elites in search of “arguments” for future local elections; business structures that successfully use the rule “the crisis for some, new opportunities for others”; structures of dubious origin, which are used to making money through “roofing” small and medium entrepreneurs, and so on. Regardless of the degree of external respectability, they have one thing in common — they have crossed the conditional “red line” that opposes them to the society.

But, unfortunately, there are all signs of negative use of newsworthy event by external parties, first of all, by the Russian Federation, including through controlled anti-Ukrainian forces within the state. The tool they use is well known. It is a coordinated use of hybrid warfare technologies, among which the military component is just one of many. Foreign researchers describe this phenomenon as the integration and combination of tools and components such as “Hard Power”, “Soft Power”, “Sharp Power” and “Smart Power”. This is exacerbated by the use of technologies of adaptive control of their own forces and reflexive control of the enemy’s actions.

In addition to the actual achievement of the main goal of the RF’s actions to destabilize the socio-political situation in our country, the enemy is simultaneously achieving a number of aiding goals. Namely:

Thus, as a result, the most effective and well-known approach in the history of geopolitical confrontation is being implemented: the opportunity of defeating the enemy is provided by the enemy himself.

The current situation allows us to draw some conclusions.

First of all, in crisis situations, nothing works better to reduce the chances of success than indecision or half-heartedness. Of course, politicians are forced to maneuver between different target audiences and even flirt with society. But when it comes to people’s lives and the security of the nation, populism and unprofessionalism become doubly dangerous. State measures in the face of crises should not be halved. The Law of Ukraine “On the Legal Regime of the State of Emergency” exists precisely for such conditions when the authorities need additional powers, and the society — a tool that will protect it from dangerous and destabilizing threats. If more or less legal norms of restrictions exist only within the legal regime of the state of emergency — it should have been introduced. Instead, we observed a manual control, which in the absence of a system of checks and balances in the activities of the government naturally faltered.

Our politicians and statesmen, government officials at all levels should urgently master the art of crisis communication. Electoral political debates and a public speech in the context of the spread of the epidemic — they are different in purpose, form and content. Without understanding such fairly simple truths, one should forget about a successful political career.

There is such a thing as social responsibility, even if it would be ridiculous to demand it in the Ukrainian political culture. If a person has ambitions for public politics, he/she must predict the consequences of any of his/her actions (and inactions), and assess the weight of each public act or statement.

It was the lack of a normal forecast of the consequences of public and at the same time destructive discussion about quarantine measures in Cherkasy that made it possible for the leadership and propagandists of the RF to receive free ideological, diplomatic and information dividends.