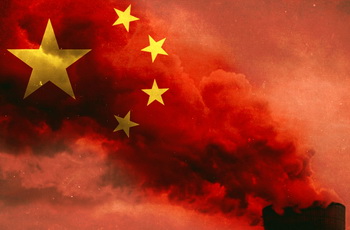 Late last year, Chinese leader Xi Jinping promised that his country would achieve carbon neutrality by 2060. China is currently the world’s largest emitter of greenhouse gases, responsible for nearly 30 percent of global carbon emissions. Targeting zero emissions by 2060 is an ambitious goal that should signal Beijing’s commitment to both diverting its vast economy from fossil fuels and supporting broader international efforts to struggle against climate change.

But this rhetorical position masks a completely different reality: China remains dependent on coal, the dirtiest fossil fuel. The social contract, signed by the Chinese Communist Party and linked to the growth and stability of the Chinese people in exchange for limited freedoms and one-party rule, encouraged overspending on investment, particularly in coal, which supplies most of the country’s economic capacity. China may close some coal plants and invest in renewable energy, but serious decarbonisation remains a long-term prospect.

In China’s foreign policy, climate change is not as environmentally and morally important as many other things. Beijing’s main goal remains to promote the rule, image and influence of the Chinese Communist Party. The country can achieve this goal by participating in the global green economy. Or it could use climate talks to demand that the United States and other countries agreed to China’s economic, political, and security imperatives in exchange for promises that are likely to remain unfulfilled.