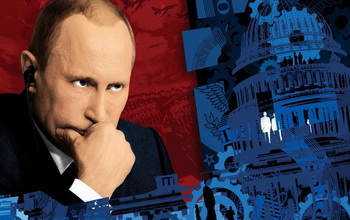 Since 2014, the main tools for US/NATO and EU action to curb Russia’s expansion have been building up sanctions against it, as well as strengthening own military capabilities to counter the aggressor. Today, this has yielded the desired results, as V. Putin actually acknowledged in his address to the Russian Federal Assembly. However, despite the Russian leadership’s statements about readiness to de-escalate the situation around Ukraine and in the Black Sea region, this does not mean that Russia has given up its aggressive plans.

My article “Exacerbation of the Situation Around Ukraine. Reasons, Strategic and Current Goals of Russia and the United States and NATO” provides an assessment of key aspects related to these issues. However, the dynamics of developments is quite high, which requires further analysis, taking into account new factors. In particular, this applies to Putin’s Address to the Federal Assembly of the Russian Federation on April 21 this year, which allows to understand Russia’s current policy, including towards Ukraine. In fact, Putin’s program speech determined Russia’s domestic and foreign policy for the near future. However, it has a rather unexpected meaning.

Thus, contrary to previous forecasts of experts, V. Putin actually refused to use the Address as an opportunity to confirm the firmness of positions on defending Russia’s interests in the face of another complication of US-Russian relations. Instead, the main idea of Putin’s Address was actually a recognition of the inability of the Russian Federation to ensure accelerated development of its economy and rapid solution of socio-economic problems of its population. As always, such problems were masked by allegations that the government supported Russia’s economy and social sphere.

For the first time in eight years, V. Putin abandoned the plans to ensure high rates of economic growth that would reduce Russia’s growing lagging behind the rest of the world. Earlier, from 2014 to 2020, the President of the Russian Federation would set a task to ensure growth rates “above the world average” or “more than 3 % per year”. Instead of implementing large-scale social programs, which were defined in Putin’s “May Decrees” of 2012 and remained one of the main trends in his domestic policy, the Address provides only “targeted” measures of social support. At this, it is acknowledged that the level of income and life of Russians is far from normal.

In addition, unlike his previous speeches, V. Putin did not raise the issue of strengthening Russia’s Armed Forces. The problems related to the Donbas and Crimea were also completely ignored.

However, despite the obvious failure of the chosen course, V. Putin in no way abandons its basic principles. According to the Address, the main principle remains further strengthening of the state management system of the country’s economy, which also applies to private businesses. It is planned to restore the Soviet principles of “democracy”, namely — to increase the welfare of the people without letting those people’s representatives govern the country.

The principles of Russia’s foreign policy also remain unchanged. As before, the Address emphasizes Moscow’s “peacefulness”, other countries’ “groundless claims to it”, and declares its readiness to provide an “asymmetric, swift and tough” response to opponents if they cross the “red line”.

According to some experts, the reason for this contradictory tone of Putin’s Address is the extremely difficult situation in which Russia found itself as a result of the confrontation with the West, and, in fact, because of its attack on Ukraine. These are the negative consequences of Western sanctions on the Russian economy, which is especially acute today due to the problems associated with the COVID-19 pandemic.

As a result, the opportunity to implement plans to turn Russia into a leading center of world power is virtually lost. However, Putin’s regime cannot abandon such plans, as they serve the basis of the ruling ideology and the main factor in the consolidation of the Russian society.

It is all these circumstances that explain the situation that has developed around our country since the beginning of this year. Thus, in view of the failed Russian plans to force Ukraine to accept the Russian version of the “settlement” of the conflict in the Donbas by political and diplomatic methods, Russia has chosen military pressure. However, despite provocations on the front line and increased military activity on the Ukrainian direction, the RF did not dare to intervene in Ukraine again and announced that it was returning its troops to their places of permanent deployment.

It is clear that the reason is the clear position of the United States/NATO and the EU, which support Ukraine in its confrontation with Russia. Under such conditions, an open attack on Ukraine would have inevitably led to the imposition by the USA and EU of critical sanctions against Russia, with catastrophic consequences for its economy. Especially after J. Biden came to power in the United States, with his hardline course of restraining Russia’s neo-imperial ambitions.

A strong deterrent to Russia’s aggressive plans is Ukraine’s growing military potential. Unlike Georgia in 2008 and, unfortunately, Ukraine in 2014–2015, today we are able to inflict significant losses on Russia.

In such a situation, even a victory over Ukraine would not be politically beneficial to Putin’s regime inside Russia, as it was in 2014 after the capture of Crimea and the formation of the so-called DPR and LPR. Today, a significant part of the Russian population is already aware of the full range of negative consequences of Putin’s policy, as shown by the results of opinion polls.

Of course, all this does not mean Russia’s giving up its aggressive policy and transition to constructive relations with Ukraine and the West. Russia continues to put pressure on Ukraine, including through armed provocations in the Donbas. At the same time and contrary to its statements of intent to ease tensions around Ukraine and in the Black Sea region, the Russian leadership has prolonged till the autumn of this year the regime of blocking some parts of the Black Sea, including the main waterways near the city of Odesa and the Kerch Strait.

So far, nothing can be said about improving Russian-American relations. For example, Russia continues to be reserved about J. Biden’s initiative to meet with V. Putin in person. This is especially true after the USA imposed new sanctions on Russia in April this year. However, V. Putin did accept J. Biden’s offer to take part in the Leaders Summit on Climate organized by the United States on April 22–23, 2021.

However, J. Biden’s above-mentioned diplomatic steps, which were accompanied by a gesture of goodwill to suspend plans to deploy two warships to the Black Sea, Russian propagandists present as a readiness of the United States to yield to Russia. By the way, similar hopes of Russians, as always, apply to the Ukrainian issue.

It is in this context that V. Putin’s humiliating proposal to Ukrainian President V. Zelenskyi to visit Moscow to “resolve problems in relations between the two countries” can be considered. But without raising the issue of the occupation of Crimea, which Russia refuses to discuss with Ukraine.

Unfortunately, some Ukrainian experts support the views on the USA’s “surrendering” Ukraine’s interests in favor of Russia. That is why ideas about the expediency of changing Ukraine’s position in terms of agreeing with Russian principles of “settlement” of the conflict in the Donbas and abandoning the European and Euro-Atlantic integration of our country are beginning to spread.

However, such allegations by Russia and its Ukrainian supporters have nothing to do with reality. The United States is not going to give in to Russia, especially at the expense of Ukraine. In fact, the United States uses the “carrot and stick” method, which involves demonstrating a willingness to dialogue with Russia while reacting harshly to its any aggressive actions.

Firstly, J. Biden’s proposals for a direct dialogue with Russia do not in any way imply “bargaining” over Ukraine and, in general, or over any other problematic issues in US-Russian relations. The United States is only talking about Russia’s cessation of aggressive actions in exchange for the lifting of Western sanctions.

Secondly the United States pursues a policy of increasing pressure on Russia by consistently toughening anti-Russian sanctions. Based on the analysis of the effectiveness of the new sanctions package introduced against Russia in April this year, further measures of influence are planned.

Thirdly, the United States is not inclined to abandon the demonstration of force in front of Russia as the only argument it understands. Thus, despite the decision of J. Biden to suspend the deployment of 2 warships of the 6th Fleet of the US Navy to the Black Sea, they are still ready for this and are deployed near the Black Sea Straits. At this, even from positional areas in the Mediterranean, US Navy ships are capable of striking the Russian Black Sea Fleet (including its bases in the Crimea) with Tomahawk missiles with a range of up to 1,300 km. By the way, the range of Russian missiles “Kalibr”, which are in service with ships and submarines of the Black Sea Fleet, is not more than 500 km.

Fourthly, the United States and NATO are increasing their military support for Ukraine, which is defined as a means of countering Russia’s aggressive intentions. The US Congress is currently considering S.814 “Ukraine Security Partnership Act of 2021”. The document determines the US strategy to strengthen Ukraine’s defense. In particular, it is planned to establish a US-Europe working group on Ukraine, to appoint a US Special Envoy for Ukraine, as well as to allocate 300 million US dollars to Ukraine annually for its defense needs.

Fifthly, the USA’s actions are fully supported by its European allies in NATO and partners in the European Union. In the situation around Ukraine, the US/NATO and the EU have taken consolidated positions to contain Russia through political pressure and demonstrations of military force. For example, in April 2021, 2 warships of the British Navy were sent to the Black Sea, and NATO’s reconnaissance flights have been intensified in the region. In addition, US/NATO military activity in the Mediterranean has been stepped up.

In this regard, we can also point out the mass expulsion of Russian diplomats from the United States, the Czech Republic, Slovakia and Poland. Despite the various reasons for such decisions, all of them, one way or another, were related to Russia’s aggression against Ukraine and the current aggravation of the situation around our country. As a result, Russia’s relations with those countries of Central and Eastern Europe (the Czech Republic, Slovakia, and, in fact, Hungary, which supported their actions), which had previously promoted Russia’s interests in the European Union, have deteriorated.

In general, these circumstances confirm that Russia is gradually losing in its confrontation with the West. In fact, it echoes the fate of the Soviet Union, which lost the Cold War to the United States and Europe, which led to its collapse.

Russia is currently following this path. However, this does not mean that the level of military threats to Ukraine from the Putin regime is decreasing. On the contrary, as Russia’s domestic situation worsens, its foreign policy will become increasingly aggressive in nature. This will be felt by both Ukraine and its Western partners. Thus, according to Deputy Chairman of the Security Council of the Russian Federation (former head of the Russian government) D. Medvedev’s statement in late April this year, “relations between Russia and the United States have moved from rivalry to confrontation, and in fact — have returned to the Cold War era”.

Under such circumstances, Ukraine will continue to be object of Russian aggression, so our state should strengthen its defense sphere as the main guarantee of its security.